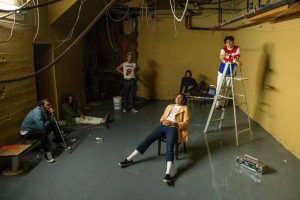 Los Angeles-based beach goths The Growlers return to the world’s airwaves and highways with their new single, Natural Affair and their HUGE 2019 World Tour. Since their Julian Casablancas-produced 2016 LP City Club, The Growlers have racked up legions of passionate fans around the globe, amassing 200 million Spotify streams, 1.2 million monthly listeners, and 75 million YouTube streams. The band’s success has been years in the making, fuelled by a non-stop flow of new material, always-on fan interaction on social media, and their epic live shows, with audiences singing along to every gloriously twisted lyric. The Growlers sixth studio album Natural Affair is set for a release later in 2019 via the band’s own Beach Goth Records and Tapes, destined for the dancefloor, the bedroom, and the festival stage.

The Growlers’ new single Natural Affair, self-produced by singer Brooks Nielsen and guitaristMatt Taylor, continues the band’s exploration of the vibier, seedier side of new wave funk. Bursting with chorused guitars and syncopated percussion, the track was inspired during sessions for their new LP Natural Affair. “A lot of our songs were coming out on the darker, more sentimental side, so we decided to make something more upbeat,” says Taylor. “We all took a break, watched a documentary on Spandau Ballet, and wrote this riff that sounds a bit like ‘The Groove Line’ by Heatwave. More disco and energetic, just trying to keep it funky.” It’s the first track off Natural Affair.

No strangers to our golden coastline, the band were in Australia earlier in 2019 for their Summer east coast headline tour which included sold-out shows at The Forum and The Metro and were joined onstage by long-time friend, collaborator and honorary Growler, Kirin J Callinan for the full run of dates.

Cutting across seven countries and 54 dates, The Growlers 2019 World Tour just kicked off with sold-out shows in Phoenix, Denver, Toronto, Montreal, Asbury Park and Ogden, Utah, where the band shared the stage with The Flaming Lips. The tour includes stops at NYC’s Central Park SummerStage on September 14 with support from indie legends The Lemonheads, as well as shows in the Netherlands, France, Switzerland, and the sold-out Green Man Festival in the UK alongside Idles, Sharon Van Etten, and Father John Misty. This year the band hosts their annual Beach Goth event as a three-night Halloween party at the legendary Hollywood Palladium, featuring extended performances, surprises and special guests. Due to popular demand, the third night (11/2) has just been added. 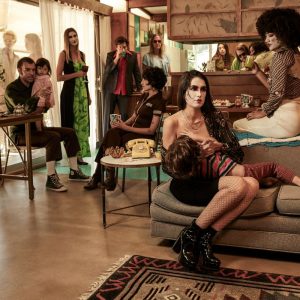