GET YA ROCKS OFF New Monthly Melbourne Rock Club Event Presented by Silverback Touring To Open!

GET YA ROCKS OFF by name and by nature, it is just what we want you to do as Silverback Touring presents its first ever club event on Friday 30th August in Melbourne at Globe Alley. After a bumper 18 months, the Silverback team want to bring back the party atmosphere of yesteryear and you’re invited!

The monthly event will provide a platform for local, and interstate, live talent and up for it rock DJ’s playing a bastardised fusion of “every damn era of rock”  Best of all, the event will always be free!

Speaking on the event, Silverback Director, Danny Bazzi said, “the time was right for this type of event and, in Melbourne particularly, where there remains a culture and appreciation of live music as well as a vibrant nightlife scene. Bringing the elements of live music and party vibes is something I have always wanted to do and the opportunity to do it in a like-minded venue, is too hard to pass up”.

The debut event will feature Melbourne band ABLAZE, who have been touring solidly in support of their debut album, “No Chaser”, in one of their final shows before heading off on their monster two month long debut European tour. There will also be ticket giveaways to DANKO JONES and BACKYARD BABIES, and CD’s from NUCLEAR BLAST and more! 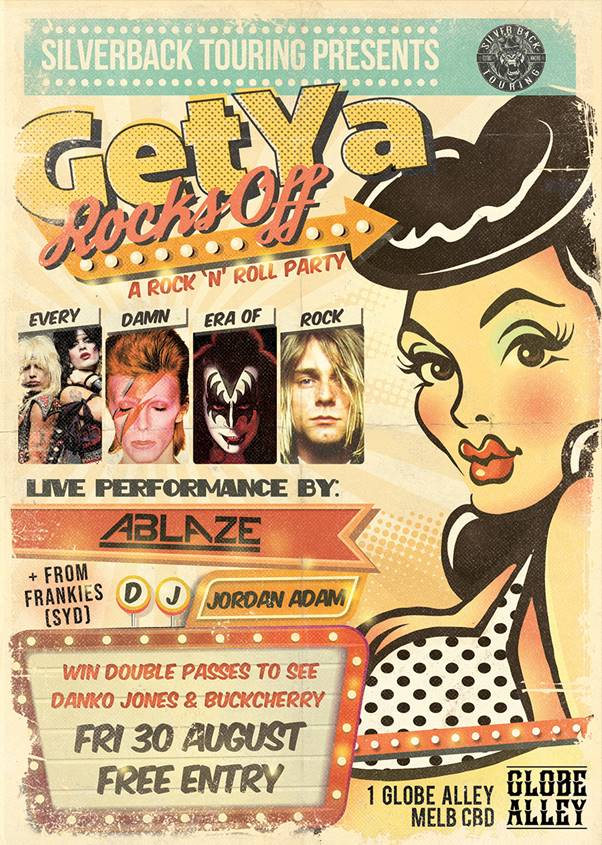