THE ALL AMERICAN REJECTS Release ‘Send Her To Heaven’ Out Now. 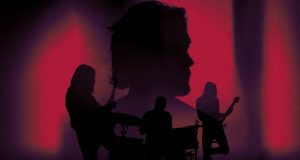 The All-American Rejects have released Send Her To Heaven, a three-song single, out today in partnership with Epitaph Records.

LISTEN TO SEND HER TO HEAVEN HERE

The songs were written and recorded over the last two to three years with different producers, a process that was a relatively new experience for the band. “The last couple of records were fun to make but they were pretty draining, whereas I think recording this way keeps us on our toes and excited,” guitarist Mike Kennerty explains. “We recorded each of these songs on their own and didn’t think of them as a package. We just took each song and went to a different producer to see what we would come up with,” he says of the process, “Because of the way we went about it, I think we created a diverse group of songs that might not have happened if we did it the way we’ve always recorded in the past.” Send Her To Heaven kicks off with the title track Send Her To Heaven, a Pixies-inspired song that came out of a co-writing session vocalist Tyson Ritter had with Weezer frontman Rivers Cuomo. In order to capture the guitar-driven energy of the song, the band recorded it with producer Tony Hoffer (Beck, OK Go) in a live setting that recaptured the dynamic of the band’s early days.

Then there’s Gen Why? (DGAF) a song that Ritter likens lyrically to “a tongue bursting through a cheek.”According to Ritter, the inspiration for the song came from a very real place. “I was driving one night next to this teenage girl who was smoking with the windows up and looked like she was part of this crazy lifestyle that I had no understanding about,” he explains. “Lyrically it was a truthful moment and I think all we’ve ever cared about as a band is writing something that didn’t seem forced.”

Send Her To Heaven culminates with the massive-sounding ballad Demons, which “is about things that people experience in their late 20s when you’re struggling with your own isolated ideas and then something happens and your consciousness is broken wide open and you start to care about yourself in a really unique, thoughtful way, even though it’s frightening,” Ritter explains. 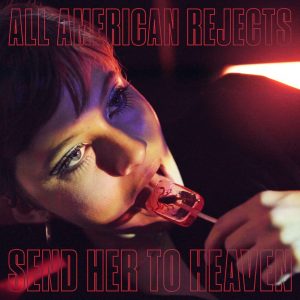