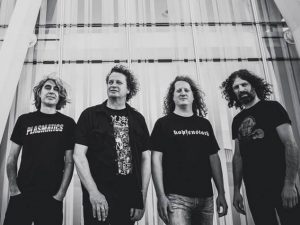 Sci-fi thrash metal prog-punks VOIVOD are celebrating thirty-five years on the warpath, and are rrröööaaarrring into 2019 in the best possible way for Australian fans with 4 big East Coast shows kicking off next week!

Riding high on the critical success of this year’s compelling album The Wake, fans can look forward to a machine pummelling cruise on the VOIVOD spacecraft through career defining albums Killing Technology, Dimension Hatröss, Nothingface, Angel Rat and The Outer Limits plus choice tracks from their most recent releases.

“…the heaviness of any band that we listened to was gauged by how they live up to Voivod… and nobody ever did.” Dave Grohl

VOIVOD have just had a massive 2018 and are kicking 2019 off with a run of Aussie shows next week.

From Rolling Stone and Metal Hammer to Pop Matters, VOIVOD’s album The Wake has been acclaimed as one of the best albums of 2018.

“The Wake is top-notch, making it one of the strongest metal albums of the year. Voivod have progressed exponentially since their raw punkish days” Consequence Of Sound

“Fifty-six minutes of the wildest and densest music they’ve made in a long time, it’s unmistakably Voivod, but somehow bigger, more colourful and more avowedly psychedelic than ever before.” Metal Hammer

“The Wake, the band’s 14th LP, offers definitive proof that the old, weird Voivod is back: It’s arguably their most hyper-detailed, gloriously geeky album since the Eighties.” Rolling Stone

“The Wake signals a new chapter for Voivod; they stand (again) at the blade edge of creative imagination and visionary execution in the world of extreme music.” Allmusic

VOIVOD are pleased to announce support acts for the upcoming shows:

“VOIVOD are one of the most underrated and unrecognized outfits in metal. You know it and I know it. They really deserve the recognition from this generation of metal music lovers who don’t quite know about VOIVOD and their incredible influence throughout the years” Jason Newsted

Obsolete Beings from The Wake

Always Moving from The Wake 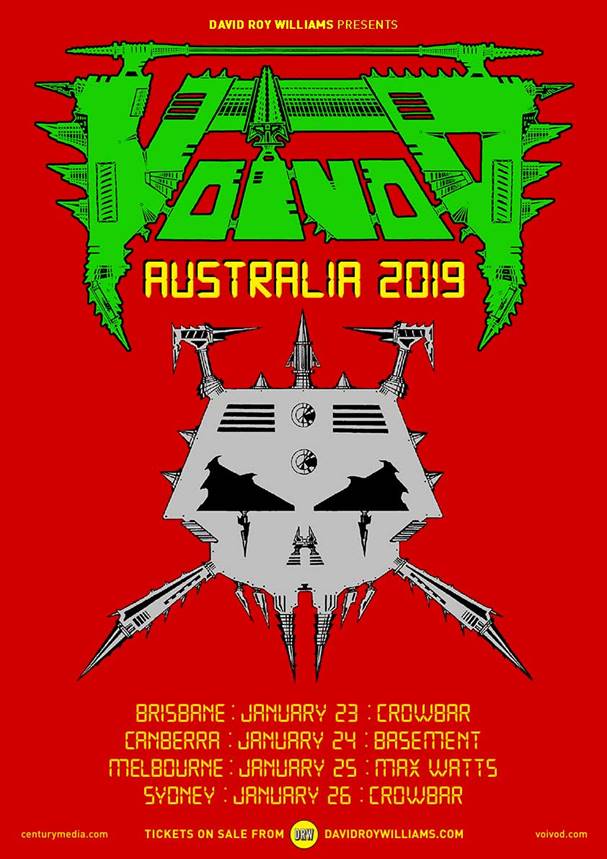