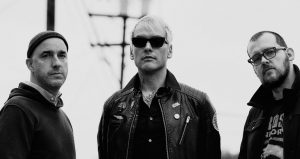 PRE-ORDER IS THIS THING CURSED? HERE

With its soaring vocals and furious intensity, Is This Thing Cursed? is the second single to be released from Is This Thing Cursed? Last month Alkaline Trio shared a song called Blackbird, which SPIN hailed as a “glossy, pristine pop-punk record that’s anthemic and a bit catchy in its breezy melodies.”

Produced and mixed by Cameron Webb (Pennywise, Motörhead), Is This Thing Cursed? is the first Alkaline Trio album written almost entirely in the studio. According to the band, the album-making process was similar to that of Maybe I’ll Catch Fire—Alkaline Trio’s darkly charged sophomore full-length, a 2000 release featuring the fan favorite “Radio.” 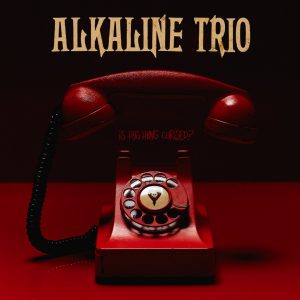