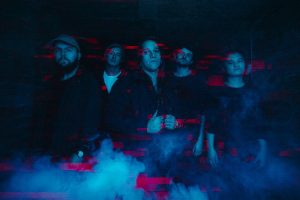 2018 is the year that Sydney five-piece, Polaris have cemented their place in the global scene among Australia’s most elite heavy music exports with a metalcore torch held high in their hands.

They recently slapped a sold-out sign on the ‘Dusk To Day’ Regional tour which followed the sold-out national ‘The Mortal Coil’ headline tour in April – two back to back sold out Australian tours in under 4 months. With no signs of slowing down, Polaris announce their biggest Australian national headlining tour with some heavy-weight international supports in tow. In November, Polaris will be back on the road hitting all major cities in Australia for their most ambitious run to date joined by The Devil Wears Pradafrom Ohio USA, Alabama’s Gideon and Melbourne’s very own, Thornhill.

“This November we will be doing another lap around the country with The Devil Wears Prada, Gideon & Thornhill. These shows are going to be the biggest headline shows we have ever had and to say I’m excited is a huge understatement with TDWP being my all-time favourite band you can bet you’ll be seeing me front and centre in the mosh every night of this huge run.” Says Polaris vocalist, Jamie Hails

One of 2017’s most anticipated heavy releases, Polaris’ debut album, The Mortal Coil stunned audiences and critics upon its release in November, landing at #6 on the ARIA Album Charts and #1 on the Independent Albums Chart, scoring a Triple J Feature Album – surpassing the already high expectations around the band set by 2016 EP, The Guilt & The Grief and its impressive touring cycle, which had seenPolaris gain a reputation as one of Australia’s most invigorating live heavy acts.

The road, literally and figuratively, brought The Devil Wears Prada to their sixth full-length album Transit Blues. The band has embraced transition and change since their 2005 formation. After the pivotal breakout With Roots Above and Branches Below in 2009, the boys challenged the status quo and notched widespread critical acclaim, landing two consecutive Top 10 debuts on the Billboard Top 200 for the conceptual Zombie EP [2010] and Dead Throne [2011]. 2013’s 8:18 continued to expand their imprint on heavy music, while the intergalactic concept epic Space EP most recently blasted off to a #18 debut and praise from Alternative Press, Loudwire, and more. Along the way, they’ve treaded countless miles on sold out headline tours, on the Vans Warped Tour multiple times, and in tow with Motörhead, Slayer, and Slipknot. Throughout the past decade-plus, the band charted a course to this juncture.

Alabama’s Gideon released their fourth album Cold (produced by Will Putney) in 2017, which had impressive debut spots on multiple Billboard Charts. They have toured and shared stages with artists such as Motionless In White, The Ghost Inside, Being As An Ocean and Chelsea Grin and have performed at festivals and tours such as Vans Warped Tour, Bamboozle, Heavy Montreal, South By So What and Never Say Never. Melbourne five-piece, Thornhill formed just shy of two years ago where Ethan McCann (guitar) and Jacob Charlton (vocals) met in math class and wrote the songs from their debut album, 13. They have toured with the likes of Hellions, Void of Vision, Northlane, Architects, In Hearts Wake and Parkway Drive. Their second EP, Butterfly sees the emerge from the chrysalis with six new songs that mark the next phase of their alternative metalcore evolution.

Polaris are touring North America throughout August with Gideon and in September with Parkway Drive before returning to Australia to finish the year off with their biggest headlining tour to date.

To coincide with the tour, Polaris have released the new music video for Dusk To Day. “This was definitely our most ambitious clip in terms of concept and execution, and  it was really exciting to work on something with more of a visual narrative which we haven’t done in quite a while, with our friend Kieran Ellis Jones who we’ve been wanting to work with for a long time!” Says drummer, Daniel Furnari

Daniel Furnari also adds, “Lyrically, Dusk to Day deals with insomnia, which is something that a couple of members of the band have really struggled with. It’s a song about that awful consuming anxiety that can comes from being awake when everyone else is at peace, and the way that can play tricks on the mind when it’s allowed to wander. After tossing around a few ideas we realised that to get this right we would have to tap into a feeling of paranoia, so we started to develop our own little psychological thriller short-film.

The video was shot over a weekend in a little town of Blackheath deep in the Blue Mountains where they found the perfect street which with it’s own picturesque-but-creepy little 19th century style church. The video is Disturbia-meets-Invasion of the Body Snatchers hybrid of their own little small-town suburban nightmare, in which their sleepless protagonist begins to suspect that the people around him are being replaced one-by-one by something not entirely human. There’s also some influence from other films like Rear Window, Shutter Island, It Follows and The Machinist, as well as some recent TV series like Black Mirror and The Sinner. 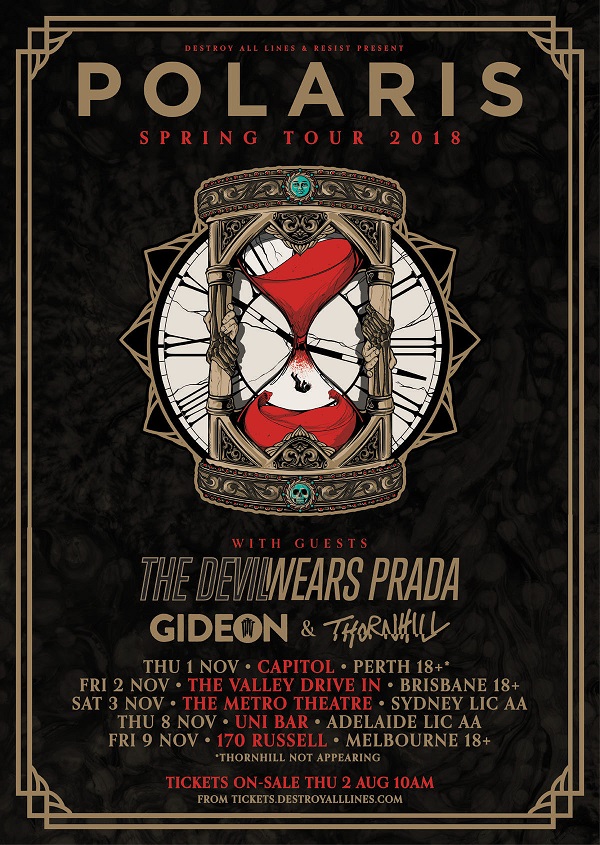