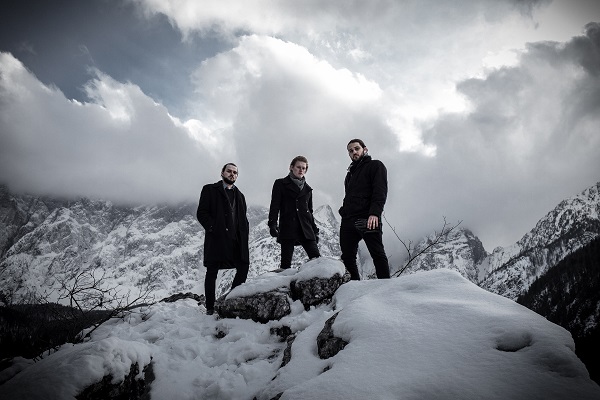 “Music is about emotions. You cannot force someone to feel what the songs are trying to express. As writers, we are giving you our experiences. To find out if they’re speaking to you personally, you just have to give it a listen.“

Exit Empire is a three-piece band currently based in the Czech Republic founded in 2016 by two brothers and their best friend. Exit Empire dropped their debut music videos ‘Ignore Me’ and ‘Shut Up’ in Summer 2017. These songs are taken from the self-titled debut album released in October 2017. The Deluxe Edition of the debut album containing three bonuses came out in May 2018. Both audio and video production is made entirely by the band members in Exit Empire Studios, keeping every bit of creative control under their belt.

We teamed up with ReverbNation to share some talent with the world, check out Exit Empire from Hodonin, Czech Republic, we dug their sound and found them very worthy of being one of our Best Things You’ve Never Heard!

Let’s start with the basics; for those that aren’t aware of you, can you please give us the abridged version of your story, and how you would best describe your music?

Music has always helped us in our lives. Now we too want to give people strength to fight for their dreams. Right now we’re based in the Czech Republic, but through music we can do that globally. Our songs tell personal stories through lyrics based on everyday struggles we all experience. We like to say that our music is full of heavy riffs and singable melodies, with electro background for an epic atmosphere that feels bigger than life.

What’s interesting is that we are truly independent – we do our music, audio production, video production, online presentation and booking all by ourselves. For example, Rafael (the singer) is mixing our music and I (Timmy, the guitarist) do the music videos. It’s not like we don’t want or appreciate help, on the contrary – it’s just we want to be in control of the final product.

Can you now please introduce each band member including yourself, and give us a rock ‘n’ roll fact or myth about each of you?
Rafael Eimut – the frontman and the producer. So many myths I just can’t choose only one.

Timmy Ruzicka – me, the guitarist and the producer. I was the bass player for quite some time and had to quickly learn to play guitar when we decided to do the band with just the three of us.

Premysl Ruzicka, Jr. – my brother and the drummer. He’s the one who was at the beginning of this all, buying me my first bass guitar and telling Rafael the night we met him in a bar he should start chasing his dream of becoming a singer.

In terms of your music and any releases, instead of giving us a standard review, let’s say if you had to give us your best door to door sales pitch to try and convince someone to listen to it before they slam the door in your face, what do you say to them?
Well, it’s hard to pitch music to someone – it’s such a subjective thing. Music is about emotions. You cannot force someone to feel what the songs are trying to express. As writers, we are giving you our experiences. To find out if they’re speaking to you personally, you just have to give it a listen.

With your song writing, what do you consider to be the most important ingredients that make up one of your songs?
The honesty. We go really deep into our souls, talk about the song’s core story for days. We make sure the lyrics and performance is as real as possible. What’s important to us is that we do this process physically together.

Are there current plans for any future releases you can give us the scoop on?
Today (July 31, 2018), we are just releasing three music videos. With Forging My Own Crown, we wanted to express the duality of emotions you experience when creating something. Whether it’s art, music or starting a business. You must be strong to follow your passion and vision, but at the same time, you are extremely vulnerable and basically hard to live with.

So we wanted to give something back to our friends and fans who support us in our own journey of creating music. We invited them to a party in our rehearsal room, grabbed a camera and just shot the whole thing unscripted. The result is a very authentic video with a positive vibe, the one we’ve been gaining strength from because of these people. Now we hope it will give strength back to our listeners and viewers.

The other two videos are acoustic versions of our songs, both are from the Deluxe Edition of our album that’s out now.

So what bands did you grow up listening to and how did they help create the style of music that can now be heard throughout your music?
Linkin Park is big for us, as for so many others. But our backgrounds are still very different. I know Rafael loved Alice in Chains as a kid and now digs current electronic music, like Deadmau5. My brother decided he wanted to play drums when listening to Sum 41. I personally love Arctic Monkeys, but the most influence on me when growing up had these underground Czech rappers called DeFuckTo. They convinced me that lyrics can be an art form.

I myself am really excited where we take our music next. We already have a straight path we want to go right now, but the future will be really new and exciting.

In terms of touring, here’s your chance to plug any upcoming shows, and for those that haven’t seen you, how would you describe a typical live show of yours?
Touring is the best. We love epicness. We give everything out on the stage. People tell us “Wow, you were so quiet backstage… But the show was so vivid!” So come see us to Woodstock Ukraine on 9th August.

For a bit of fun, say you get the chance to open for any artist or band in the world, who would they be and why?
It’s hard to choose just one. Basically anyone I mentioned as our influences would be so unbelievable.

If you were to cover one song that no one would expect that you’d cover what would it be and why?
The Weeknd – Starboy! I don’t know, the flow is just so cool.

Why dream small? This is so much more fun. See you in Los Angeles – we’ll be there this October, so contact us to set up a friendly meeting.