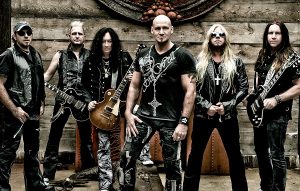 Teutonic power metallers, Primal Fear are returning in November to rip Australia apart, just as they did in 2016!

With their new album, Apocalypse being released on August 10th 2018 via Frontier Records, Primal Fear will be performing tracks off their latest offering along with numerous fan favourites.

Joining them, and for the very first time in Australia, will be Sinner! Sinner will perform all their fan favourites plus tracks off their latest release Tequila Suicide.

Primal Fear are one of the most notable traditional/power metal bands of all time. Fronted by one of the best vocalists of the genre, Ralf Scheepers (ex-Gamma Ray) and featuring in the legendary Mat Sinner, Primal Fear is a force to be reckoned with and have a career that has spanned 20 years producing countless chart topping selling albums. Sinner is an institution of Rock meets classical metal masterminded by the legendary bassist and producer of Primal Fear; Mat Sinner.

Australia’s Horizon’s Edge will open the show in both Sydney and Melbourne.
Currently making their own head waves and gaining traction in leaps and bounds; Horizon’s Edge is a melodic power metal outfit that has the world at their feet.
Their recently released album Let The Show Go On was produced by Bob Katsionis (Firewind), with the vocals recorded and produced by Ralf Scheepers (Primal Fear). The album’s title track includes Ralf on guest vocals. Soaring vocals, razor sharp riffs, galloping drums and chest filling bass. Tickets are going to sell fast! 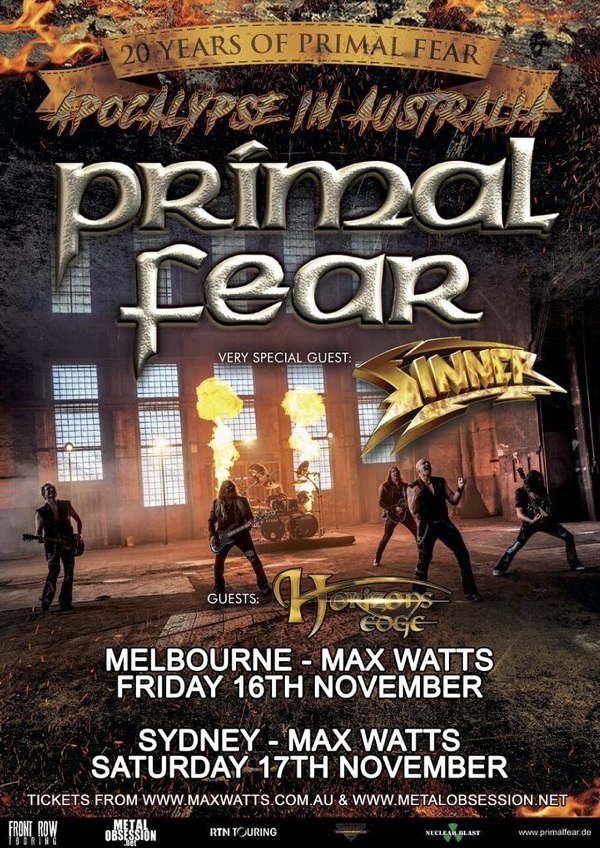