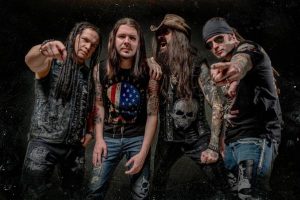 Prophets of the rampant 90’s Modern Rock movement SALIVA will be bringing their show to Australian stages for the first time ever.  Fans can expect a crushing cross-section of the bands entire catalogue guaranteed to get your blood pumping!

After acquiring front man Bobby Amaru in 2011 (replacing original frontman Josey Scott), Saliva became infused with new blood, energy, and spirit. The same energy launched Saliva’s career in 2001 with the release, ‘Every Six Seconds’ containing the hits, “Click Click Boom” and 2002 Grammy nominated, “Your Disease.” Saliva’s in-your-face, anthemic writing style continued with ‘Back in to Your System’ with hits“Always,” “Raise Up,” and the Nikki Sixx co-written, “Rest In Pieces.” In 2007 the track “Ladies and Gentlemen“ was the official theme song for the WWE PPV WrestleMania 23 and gained the band massive global exposure.

“when they cranked it up the place was rocking!’’ – Music Recall Magazine

Their latest album ‘Love, Lies & Therapy’ (the first to feature former Shinedown and Fuel bassist, Brad Stewart) bears all the trademarks of a hard-fought album. Informed by themes of loss, destruction and heartbreak, The Grammy-nominated outfit peeled back the layers, which had calcified throughout the decades, to tap into the raw, and unfiltered heartbeat of Saliva that put them on the Hard Rock map, that got them on the radio, that got them touring the nation…

“a Rock-n-Roll show of the highest order” – CrypticRock.com

SALIVA have toured the USA and world with the likes of Sevendust, Aerosmith, and KISS. Now it’s Australia’s Turn! ‘’Ladies and gentlemen, good evening! You’ve seen, and seeing is believing. Your ears and your eyes will be bleeding. Please check to see if you’re still breathing’’ 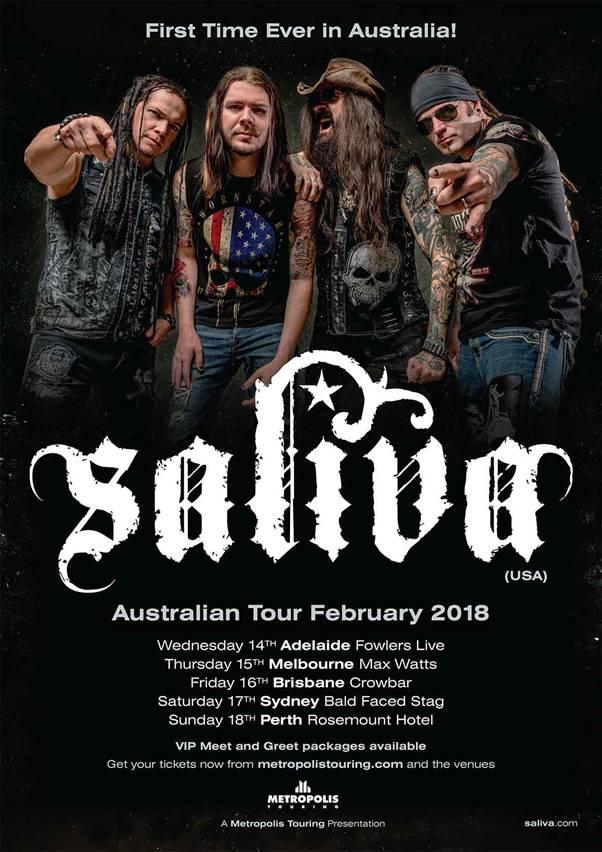