TWELVE FOOT NINJA Return to Australia with the ‘Monsoon Tour’ for one night only!

Twelve Foot Ninja are returning to Australia with their international Monsoon Tour for one night only at Melbourne’s 170 Russell on Friday 12th January 2018. Tickets are on sale from 27th September 9am AEST at Moshtix.

It’s no wonder the band will showcase the Monsoon Tour in their hometown, they’ve been on the road for quite some time this past year and where better to bring it straight home??

This will be the final show of their international Monsoon tour and only show in Australia.
Tickets on sale on 27th September 2017 at 9am. Supports will be announced at a later date. 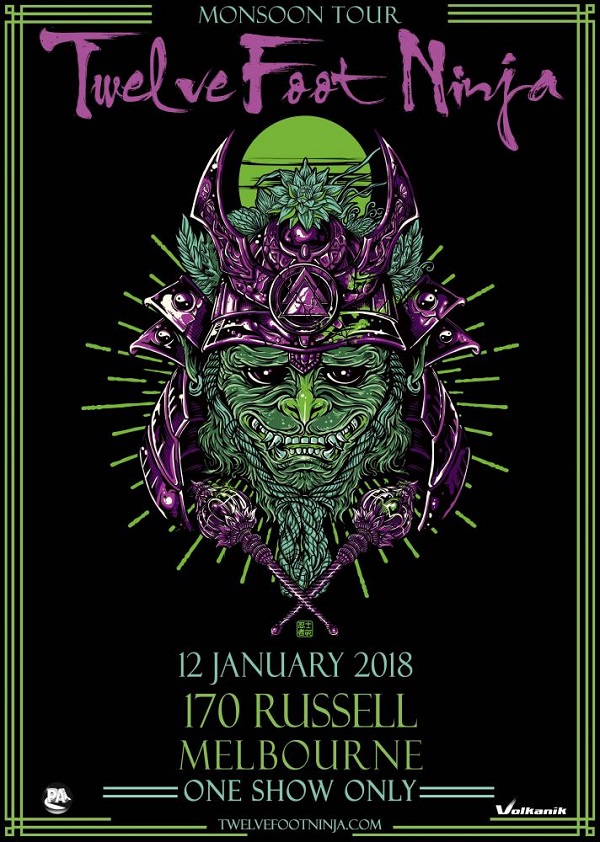