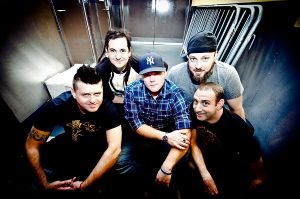 25 years and more than 300 releases since their original formation in small town Florida, the inimitable LESS THAN JAKE return to a loyal local audience to play five headlining dates this October. This most excellent news follows the release of their new EP, Sound The Alarm, in February.

Tickets for all shows go on sale at 10am this Friday, June 30.

My Live Nation members may secure tickets first during the exclusive pre-sale beginning at 9am tomorrow, June 29.

The punk rock veterans were last on our shores with their US contemporaries Reel Big Fish and Aus. locals The Bennies in 2015, drawing massive crowds to a quick succession of East Coast dates.

“We never stopped touring or trying to be an active band”, the band suggest of their success that has comfortably spanned two and a half decades. Less Than Jake have been self managed for more than five years and show no signs of easing their break neck touring pace that sees them routinely smash out in excess of 150 dates a year.

“We’ll be celebrating our 25th anniversary in Australia, and while Australian tours are always  ragers, we will be bringing our full stage of antics along for the first time. Add a massive catalog of material to choose from and it’s almost an instant good time. We’re coming to your shores to party, live recklessly, have a few pies, nurse a few hangovers, and make our 25th anniversary tour one to remember (or not remember).”Vinnie Fiorello, Less Than Jake
Less Than Jake will be joined by legendary Australian quartet, Bodyjar, reformed for their first shows since seminal album How It Works was revived for a huge sold out tour in 2015. One of the biggest names in Australian punk rock, the ‘Jar will kick out jams from their vast catalogue of memorable pop-infused gems. Melbourne’s Foxtrot will round out this epic bill, bringing their punk rock A-game as they get the party started in all cities.