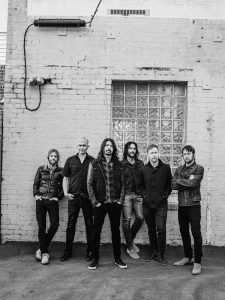 “I wanted it to be the biggest sounding Foo Fighters record ever. To make a gigantic rock record but with Greg Kurstin’s sense of melody and arrangement… Motorhead’s version of Sgt. Pepper… or something like that.”

So speaks Dave Grohl of the mission statement made manifest in Foo Fighters’ ninth epic, the aptly titled CONCRETE AND GOLD, due out September 15th worldwide on Roswell Records/RCA Records through Sony Music Entertainment Australia and available for preorder now. Fans who pre order through JB HiFi have a chance to win their way to CAL JAM 17 – more details on that below.

Just as Foo Fighters’ anthem of the summer ‘Run’ “opens as a dreamy, slow burner then… quickly turns heavy as thunder” (BILLBOARD) with its “huge triumphant chorus” (STEREOGUM), CONCRETE AND GOLD marries some of the most insanely heavy FF riffs ever with lush harmonic complexities courtesy of a first time team-up with producer Greg Kurstin (Adele, Sia,Pink).

This unlikely alliance came about through a bizarre sequence of surprise musical obsessions and chance encounters: Listening to the radio during a drive roughly four years ago, Grohl first heard ‘Again and Again’ by Kurstin’s band The Bird & The Bee—“It blew my mind… it was so much more sophisticated than anything I’d ever heard and I became obsessed.”

Some months later, Grohl would randomly spot and fanboy out over “the guy from The Bird & The Bee!” aka Greg Kurstin. The two became fast friends over common musical loves with Grohl learning that his new favourite band had been on hiatus due to Kurstin’s workload as a producer.

While Foo Fighters recorded and released SONIC HIGHWAYS, broke some bones and packed stadiums and arenas on one of the top five grossing tours of 2015, and gifted fans with the ST. CECILIA EP, “Greg was becoming one of the biggest producers in the world,” Grohl recalls.

With the writing and recording of the next Foo Fighters album on the horizon, Grohl was eager as always to find fresh challenges for the band: “So I think maybe Greg is the guy that we ask to be our producer because he’s never made a heavy rock record before and we’ve never worked with a pop producer.” Darrel Thorp (Beck, Radiohead) was soon enlisted to mix and engineer. This collective conceived a blueprint of the new record as “Motorhead’s version of Sgt. Pepper… or something like that,” secretly booking into Hollywood’s esteemed EastWest studios to consummate this marriage of extremes… or as Grohl puts it:  “Our noise and Greg’s big brain and all of his sophisticated arrangements and composition.”

Months, sounds and stories (more on those soon, promise) and so many guitars later, the 11-Grammy-winning, 25+ million-record-selling, last great American stadium rock band had completed its most ambitious album ever—which naturally begat another insane challenge: How to celebrate music & throw the ultimate “backyard party for 50,000 people”…

CAL JAM 17 will be the first chance for Foo Fighters fans in the U.S. to experience the sonic majesty of songs fromCONCRETE AND GOLD in their full live glory—and will be followed by a full scale October through December U.S. headline tour. Public on sales for all dates will be June 29 at 10am local time. For information on how to sign up for pre-sale access visit https://www.foofighters.com/. 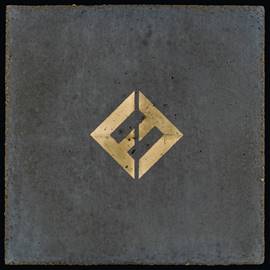 The full track listing for CONCRETE AND GOLD is:

4. The Sky Is A Neighbourhood

8. Happy Ever After (Zero Hour)

CONCRETE AND GOLD was written and performed by Foo Fighters,
produced by Greg Kurstin and Foo Fighters, and mixed by Darrell Thorp.