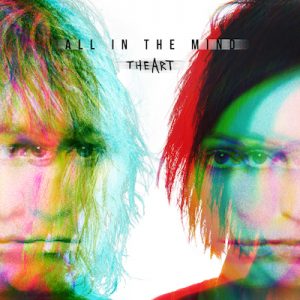 With their new single, Thinking About The Universe, at radio now, The Art are ready to get back on the earthly plain this July for a run of spellbinding shows of pure rock’n roll, hitting Sydney, Melbourne, Brisbane and Adelaide, in support of their latest single and powerhouse rock album, All in the Mind.

Produced by Stevie Knight of Electric Sun Studios and released through Golden Robot Records, All in the Mind is a super-slick record, which also spawned previous singles Minute to Madness, Dead Inside and Sugar Queen. It celebrates the guilty pleasures that come with living life on the edge – toxic relationships, friendships, and embracing chaos.

Thinking About The Universe, written by Azaria Byrne, is about being in another dimension while surrounded by murmurs of the mundane, with a brattish retaliation to wasted words and dross. Known for their pandemonium and anthemic songwriting, The Art deliver their honest and expressive lyricism with a sonic diversity that always leaves their live audience wanting more and more – and is anything but mundane.

After a reflective and creative start to 2017, join The Art, spearheaded by original members, Azaria Byrne and Kara Jayne, as they get back to their touring roots and wander the Australian cosmos on their Thinking About The Universe tour this July. 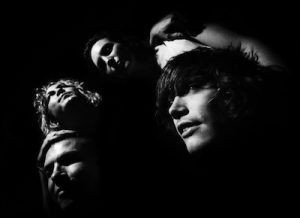 ALL IN THE MIND is available now via iTunes (for digital) and
the SFR Store (for physical and fan bundles).

GET ALL IN THE MIND BY THE ART:
SFR Store (fan bundles)
iTunes