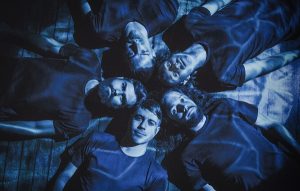 Byron Bay’s In Hearts Wake have been changing minds and lives since 2012 and with fourth albumArk they are looking to inspire change like never before. Set for release on May 26 via UNFD, Ark pays homage to the past as much as it signals a bright new future for conscious heavy music with the band partnering up with Tangaroa Blue for We Are Waterborne: An In Hearts Wake Initiative to lead a series of clean-ups along of some of the most polluted waterways on the east coast of Australia.

Lead single “Passage” was premiered on triple j’s Good Nights on Monday asks the important question: “who’s steering the ship!?” as the Earth drifts towards destruction.

Ark is both a dynamic breath of fresh air for the metalcore genre as a whole and a treatise on one of the world’s great impending issues. Today, in some parts of the world, water is already more expensive than oil, a trend that is spreading. In Hearts Wake – comprising frontman Jake Taylor, guitarists Ben Nairne and Eaven Dall, bassist Kyle Erich and drummer Conor Ward – are bringing this distressing issue to the world’s attention.

“No matter what side of the world we live on, water connects us all,” says Jake. “Every living thing, and every human being that ever was or will be, is born of water. The plasma in our blood is 92% water, our brains 75%, and even our bones are 30% water. The same water that shapes our Earth is the same water within each of us.

“This record is an ode to the Ark, that is our ocean planet. Just like a ship, if one part is compromised, all life is threatened. What happens on one side of the world affects the other. If we don’t work together to repair our home and restore the integrity of its natural resources, we will all go down with the ship. Since water is our lifeblood, it needs to be respected, protected, and acknowledged not only as a basic human right, but as an essential human need.”

In conjunction with the release of Ark, In Hearts Wake have joined forces with Tangaroa Blue for We Are Waterborne: An In Hearts Wake Initiative to lead a series of waterway clean-ups in Melbourne, Sydney, Brisbane and at home in Byron Bay. Marine debris is one of the major environmental issues worldwide and In Hearts Wake are calling upon their fans to join them in these clean-ups, as well as encouraging fans to form their own clean up crews to tackle their local problem waterways. In Hearts Wake plan to take the initiative global with a series of clean-ups in the works for future overseas tours.

Ark follows Skydancer (2015), Earthwalker (2014), and Divination (2012) in further cementing In Hearts Wake’s status as one of the leading lights of melodic metalcore. In 2016 they released the unique collaborative Equinox EP alongside label mates and compatriots Northlane, and have looped the planet multiple times in the name of spreading their ecological, humanitarian and urgent environmental message.

In Hearts Wake have won new friends and fans from multiple US runs including Vans Warped Tour, and stints supporting Parkway Drive and August Burns Red. They have also taken the fight to European festivals such as Download, Graspop, Groezrock, Vainstream, successfully toured South East Asia and are becoming bigger than ever at home in Australia. The band will embark on their biggest and only Australian headline tour of 2017 in July. Details below.

Ark is available for preorder now via 24Hundred and iTunes. 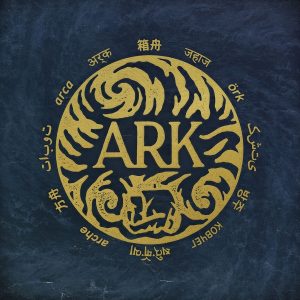