BRYAN ADAMS returning next March for ‘GET UP’ Australian tour 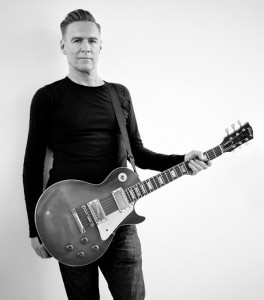 On the cusp of performing to an audience of millions at the 2015 Toyota AFL Grand Final next weekend, Frontier Touring are thrilled to confirm that Grammy-winning singer-songwriter Bryan Adams will return to Australia next March for the GET UP tour.

In addition to arena performances at Sydney’s Allphones Arena and Melbourne’s Rod Laver Arena, Adams will also play a series of a day on the green events with special guestsBaby Animals and The Superjesus.

Canada’s most successful singer ever has been making musical history for more than three decades and has garnered more than 65 million album sales, 21 top ten hits and seven number one singles, topping the charts in more than 40 countries around the world in the process.

“There is a carefree feeling about this album, and in many ways it is the album I wish I’d been able to make 25 years ago.” – Bryan Adams

The music video for lead single ‘Brand New Day’ was directed by Adams himself and stars much-loved actress Helena Bonham Carter and Theo Hutchcraft from the band Hurts. Adams tore through the track at his Radio 2 Live in Hyde Park performance earlier this month, watch it here.

Adams is also an acclaimed photographer. His portrait of The Queen, taken on the occasion of her Royal Jubilee, was used on a Canadian postage stamp and his critically acclaimed exhibit ‘Modern Muses’ was on display in 2008 at the National Portrait Gallery in London.

As one of the biggest rock superstars of our time, Adams has been the recipient of the Order of British Columbia and the Order of Canada; been nominated for three Academy Awards and five Golden Globes; and received 18 Juno Awards, an American Music Award and five ASCAP Film and Television Music Awards.

Those who purchase tickets to see Bryan Adams perform live in Australia next March will have the exclusive opportunity to add his new album GET UP (out 2 October) to their order for the special price of $14.99 (physical copy) or $9.99 (digital copy).

A consummate performer, Adams is touring somewhere in the world over 100 days of every year. Don’t miss the music icon performing songs from his forthcoming album GET UP as well as rock anthems ‘Heaven’, ‘Summer of ‘69’, ‘Run To You’, ‘Cuts Like A Knife’, ‘Can’t Stop This Thing We Started’, and ‘(Everything I Do) I Do It For You’ amongst so many more next March.

Bryan Adams
GET UP Tour
(All shows all ages)

General public on sale from Thu 8 Oct
11am local time