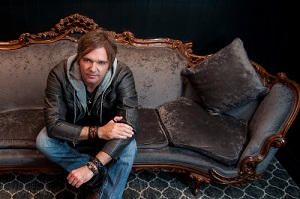 Golden Guitar winner, TROY KEMP, has wasted no time since going solo, with his first single, ‘How We Roll Around Here’, lifted from his upcoming solo album, ‘Against The Grain’, released to radio today and available via Play MPE and AMRAP. The single will then be released digitally on June 19.

‘How We Roll Around Here’ is an energetic country rock song about life and love in a small town, friendships and good times, and is the perfect opener for Troy as he embarks on the next stage of his journey.  Currently in Nashville songwriting, Troy will return to Australia in early July with a fistful of new material to add to his collection, ready to finish recording his much anticipated solo album, ‘Against the Grain’, set to be unleashed later this year through Social Family Records.

Previously part of the award-winning duo, McAlister Kemp, Troy has achieved recognition and accolades both locally and internationally, headlining some of the nation’s biggest music festivals, remaining a mainstay in country radio with multiple Australian Country Chart #1’s, as well as winning a coveted Golden Guitar.