JEBEDIAH Celebrate Twenty With An Album, A Tour And A Twentieth Anniversary This May/June 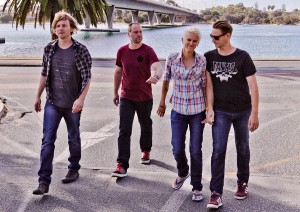 “To deliver their set with the energy and passion that Jebediah emanate is a tribute to each member’s talent and dedication. This old friend just reminded us all what we’ve been missing.” – TOM Mag

This May /June Perth’s finest Indie Rockers JEBEDIAH invite fans to join in a 20th Anniversary celebration with a Metro City tour run and a compilation album, aptly titled ‘TWENTY’. The tour, on sale from Tuesday March 24th will feature an array of special guest openers including Front End Loader, Fur, Red Jezabel, Turnstyle andScreamfeeder for each show some of who are reforming just for this momentous occasion!

Having remained the ultimate crowd pleaser JEBEDIAH have continued to play festival and special one off gigs throughout the years however, ‘TWENTY’ is the biggest tour the band has undertaken in some time and will be delivered in two halves: beloved classics and surprises first, then their ’97 debut and fan favourite, ‘Slightly Odway’, in its blissful, ballistic entirety.

‘TWENTY’, the album, released on May 29th through Sony Music Australia, includes 20 tracks hand chosen by the band, spanning five releases from their 1997 album ‘Slightly Odway’ (their first on Sony’s Murmur label), 1999’s ‘Of Someday Shambles’, 2002’s ‘Jebediah’, 2004’s ‘Braxton Hicks’ and their most recent album release in 2011, ‘Kosciuszko’.

It’s impossible for an Australian of a certain vintage to imagine those late ’90s summers without those delirious early Jebs singles — ‘Jerks of Attention’, ‘Leaving Home’, ‘Teflon’, ‘Harpoon’, ‘Animal’ — blasting out of every car radio and festival PA from Summersault to the Falls to Homebake.

Kevin Mitchell, Chris Daymond, Vanessa Thornton and Brett Mitchell were mostly teenagers when they set out: brothers and best mates from some far-flung Perth high school who’d accidentally stumbled into the first division of the global rock’n’roll perpetual and given it a cheeky kick up the arse while running rings around it with guitars in the air. In 2015 nothing much has changed JEBEDIAH still present a live performance with gusto and gratitude.

The secret to JEBEDIAH’s longevity is simple, a long lasting friendship in which the chemistry remains and the desire to crank it big time, each and every time they hit the stage. 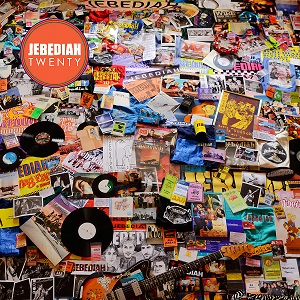 CD and vinyl album available for pre-order from 9.00am AEDT Monday March 16th

‘Twenty’ will be released as a deluxe 2CD digipack format, with 18PP booklet containing photo rarities of the band and memorabilia from over their extensive career

6. YESTERDAY WHEN I WAS BRAVE

1. YESTERDAY WHEN I WAS BRAVE

4. RUN OF THE COMPANY