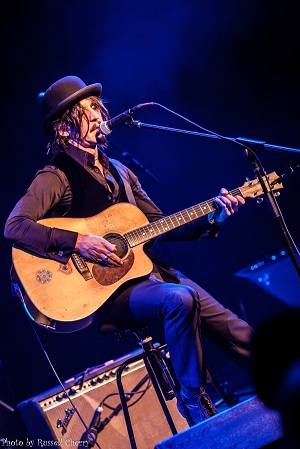 Steve Balbi, current frontman for Mi-Sex, Noiseworks bass player and former Electric Hippies guitarist/vocalist, will be performing a collection of tracks from his debut solo album, “Black Rainbow”, as well as showcasing new material from his follow-up album due to be released later this year.  “Black Rainbow” has been acclaimed as an album of great depth and one that reflects on Balbi’s turbulent past. The current album in the making, is a wonderful new concept that Steve is excited to unveil at the shows.

Known for his brave and personal live performances, eclectic Balbi is looking forward to sharing these two intimate shows with his loyal fans at The Vanguard and Brass Monkey.  Be there for the opportunity to be amongst the first to hear the latest musical offerings from Steve Balbi in a close setting – a must see.

Tickets on sale from February 12.

“Black Rainbow” is available from: http://store.socialfamilyrecords.com/artist/steve-balbi/