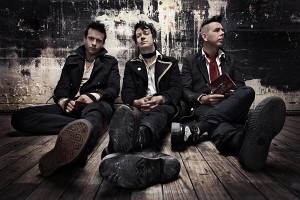 Presented by Crucial Music, Village Sounds and Music Feeds
After dropping hints here and there, THE LIVING END are stoked to announce they are performing 3 very special shows in the general NSW area this October and November because, well, they bloody feel like it. TLE fans in Canberra,Wollongong and Sydney will be treated to very intimate, loud live shows featuring all of their biggest hits.

These are THE LIVING END’s first headline shows since the unprecedentedRetrospective Tour in December 2012, where they performed each of their six albums in full over seven nights in five cities across the country, with an enormous 11-show streak at the Corner Hotel in Melbourne, breaking the venue’s record. THE LIVING END stopped press in January this year after they were announced as last minute headliners on Soundwave 2014, performing their highly anticipated sets to raucous crowds at each stop.

Even though the Melbourne-born band have now moved out of home, vocalist and guitarist Chris Cheney to Los Angeles, drummer Andy Strachan to coastal Victoria and double-bassist Scott Owen to Northern NSW, THE LIVING END have circled back together in spectacular fashion to start writing album #7, the follow-up to 2011’s ARIA Award winning The Ending Is Just The Beginning Repeating, currently due out in 2015.

Ticket prices have been set to under 50 bucks including booking fee (transaction fees may apply) to ensure every fan of THE LIVING END within reach can make through the doors to sing their hearts out and get ready for a blistering 2015.

All tickets are on sale 9:00AM Thursday September 25

THE LIVING END are also appearing at A Day On The Green with Jimmy Barnes this summer. 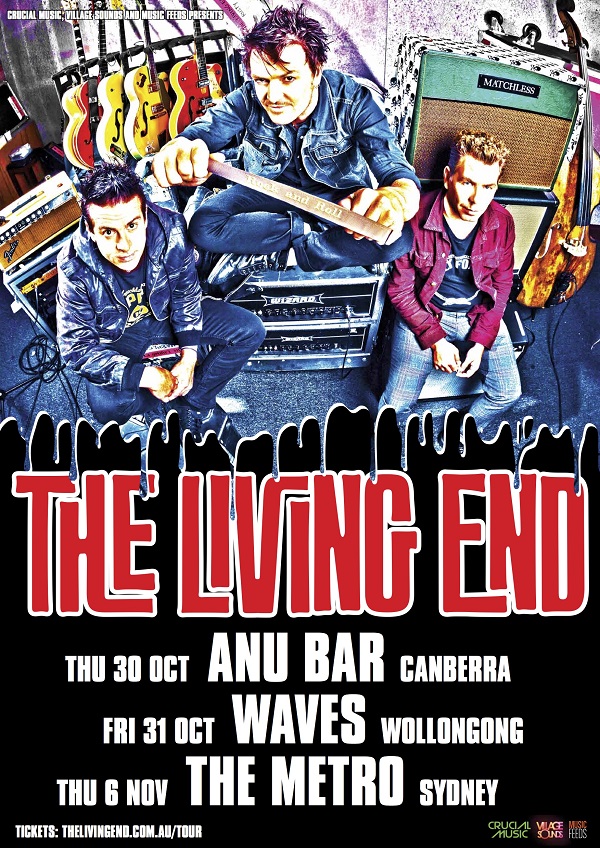