FOREIGNER return to perform the best of FOREIGNER 4 & more 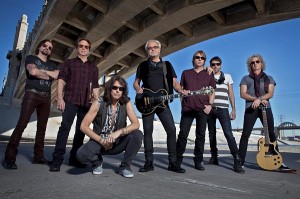 Acclaimed as one of the most prolific rock groups of their time, Chugg Entertainment can confirm that seminal tour de force, Foreigner, will be returning to Australia for the first time in nearly a decade, playing two shows at Sydney’s Enmore Theatre on Tuesday 27th January and the Palais Theatre in Melbourne on Thursday 29th January.

With ten multi-platinum albums and sixteen Top 30 hits, Foreigner is universally hailed as one of the most popular rock acts in the world with a formidable musical arsenal that continues to propel sold-out tours and album sales, now exceeding 75 million.  Responsible for some of rock and roll’s most enduring anthems including Juke Box Hero, Feels Like The First Time, Cold As Ice, and the worldwide #1 hit, I Want To Know What Love Is, Foreigner continues to rock the charts more than thirty years into the game.

This return to Australia will see them playing an entirely new set consisting of the best of Foreigner 4 along with several other chart hits.  This critically acclaimed release saw hits like Urgent, Juke Box Hero and Waiting For A Girl Like You maintain its impressive run at #1 on the Billboard charts.  With super-producer Mutt Lange at the helm, fresh off late 70’s success with AC/DC, the release was an immediate smash worldwide, holding the #1 position for over 10 weeks, and eventually selling over seven million copies in the US alone.

Foreigner experienced another surge in popularity when several of their hits were featured on the Rock Of Ages soundtrack, including I Want To Know What Love Is, Juke Box Hero and Waiting For A Girl Like You – more songs than any other one band on the soundtrack.  Hollywood quickly took note, and several more tracks were featured in hit films Anchorman 2, Magic Mike and Pitch Perfect, sending Foreigner downloads up 400%. The video game industry was soon to follow. The blockbuster release, Grand Theft Auto V, features Foreigner’s Dirty White Boy.  The high visibility of Foreigner’s songs continues to introduce the band’s music to a whole future generation of fans.

In June 2013, Mick Jones was inducted to the Songwriters Hall Of Fame.  A multi-talented and multi- dimensional “musician’s musician,” Jones has also written songs such as Bad Love with Eric Clapton and Dreamer with Ozzy Osbourne, and produced records for others including Billy Joel’s Storm Front and Van Halen’s 5150. A Grammy and Golden Globe-nominated songwriter, Jones is the winner of the prestigious British Ivor Novello Songwriter Award for The Flame Still Burns, the soundtrack music for the film Still Crazy.

TICKETS FOR ALL SHOWS ON SALE FRIDAY 12TH SEPTEMBER, 9am AEST