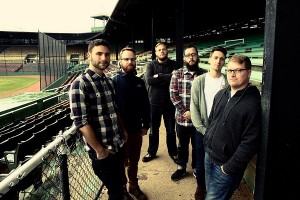 Rejoice! Saviours of truly excellent pop punk/rock, Philly sextet THE WONDER YEARSare winging their way back down under this Spring to deliver noisy, fist-pumpable tunes and all-round good guy funtimes.

Riding the tsunami of success generated by their most recent third full-length record ‘The Greatest Generation’, The Wonder Years are famous for thrilling live shows and their unwavering dedication to always going the extra mile for their fans. Their quintessentially melodic, modern pop punk sits perfectly amongst the current crop of beloved bands like All Time Low, Modern Baseball, Man Overboard and Fireworks.

All fun, friendly and unabashedly poppy. The Wonder Years have graced the cover of Alternative Press Magazine, owned the stages of Riot Fest and The Warped Tour, they’ve hosted pop up shops and acoustic holiday shows, toured the world and remained deeply involved in every aspect of what their band gets up to. The is a band never afraid to just ‘cowboy up and fucking do it’.

The Wonder Years brought their boisterous brand of pop punk to Australia back in 2010, and scooped up tons of adoration and new fans on the 2013 Soundwave tour. This time around fans will be stoked to catch them in full headline mode, with a slew of all ages shows on the cards. Think cold drinks, warm weather and a heap of raging pop punk. 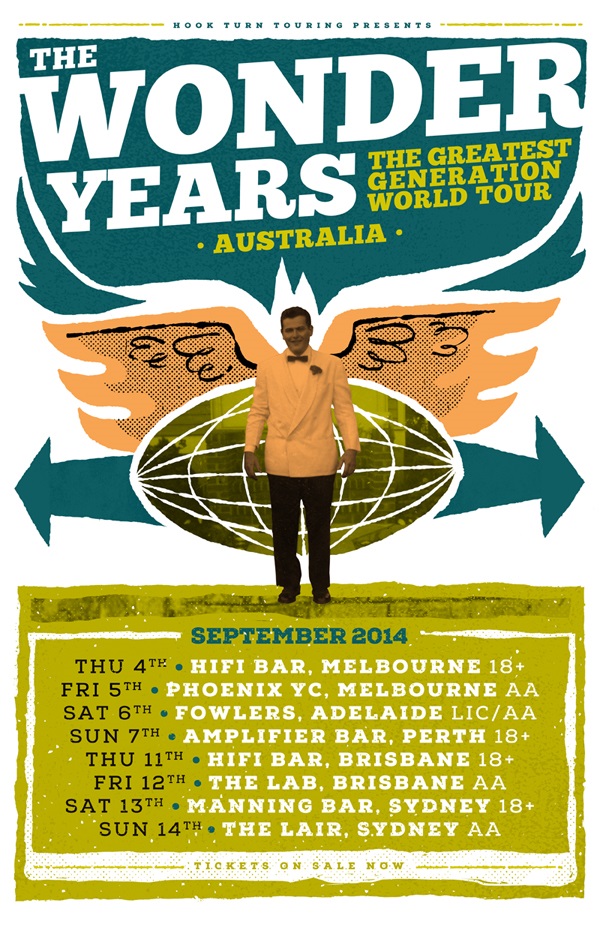