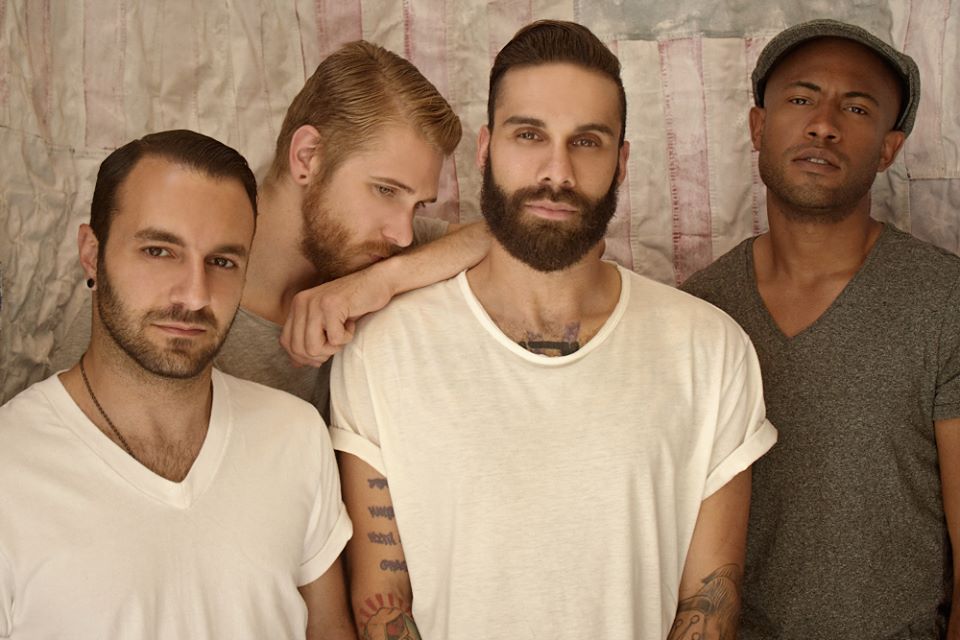 “It took about six months to finish this record and we felt like in the end the fact that people wanted a record from us the way they did, and also the fact that they deserved a good record is kind of how this record culminated and how it all came to fruition.”

From press release: It’s been awhile since music has had a rebellious voice.  Not since Rage Against the Machine put their fist in the air, in the land of hypocrisy has there been such an unmitigated combustion of sonic ferocity fueled by relentless passion and intrepid ideology.  At least not until letlive. came along…

Probably one of the nicest rockers I’ve ever spoken with, taking time out in the middle of rehearsals letlive. front man Jason Butler gave us a bit of insight into the band’s killer new album ‘The Blackest Beautiful’ as well as touring and the message that letlive. are trying to share with the people…

Now bands tend to get nervous around the release of a new album, how are you feeling at the moment getting ready to unleash it this week?
We are inordinately eager, we’re really, really excited. This record for us was more so a testament to everything we wanted to do as opposed to something that we had to do, which is why we kind of took our time and did it properly. So we’re just really excited, we’re just really eager, and we feel that everybody that’s on board with letlive. as a whole is feeling the same way, so it only enhances that feeling for us.

What’s the meaning behind the title ‘The Blackest Beautiful’?
The Blackest Beautiful for me, is simply put, it’s a way to hallucinate the idea of the beauty and humanity which is all of our imperfections. I think that’s the most obvious characteristic is our error as human beings, I think that’s what makes us so precious and fragile and that fragility is what makes sets us apart from everything else on this planet and everything in this universe, so The Blackest Beautiful for me is a satirical yet very serious take on how it is and how it’s pretty beautiful to be imperfect.

When you have to follow up an album like ‘Fake History’ that really put you on the map, is it a daunting task to create what will be the next album?
I believe if you truly feel that what you’re doing from the beginning is very art driven and art orientated, and if your idea of art is very progressive which I feel as though is what we believe in as a band as letlive. I don’t think that task is very daunting, I think actually if you have a record that people supported and believed that was memorable or whatever, I think that it kind of capitalises your efforts and makes you want to do even better, so we took it as positively as we could and tried to make the best record we could with that.

My favourite was ‘Younger’ it just had this great feel to it, is there a story behind that track?
Yeah man, the groove, the sonic element behind it is one that we’ve just wanted to write for a long time, and if I was speaking personally, I grew up with funk and soul and R&B, so that was almost like I have a propensity to perform in that manner already because I really love those vibes. Then we started writing and everyone was feeling that four on the floor and the funk and we just continued with is and we really tried to enhance those elements in the song the best we could. Lyrically it was a chance for me to say something a little more potent, a little more substantive over a rather catchy and pop-centrical song, so I tried to put in some striking literature with it. 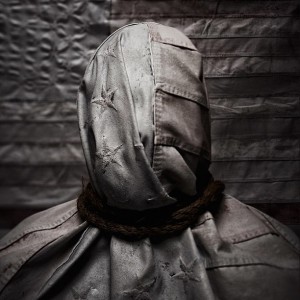 I have to say that the photographs for the album are creepy as fuck, what’s the idea behind the imagery?
*laughs* yeah we wanted to be able… because I feel like there’s a sense of mysticism with music across the board that’s lost, and in a visual component is very guilty of that, I think that a lot of bands are recycling and there’s this weird sort of retrograde which isn’t appealing with the visual components in a lot of music and we thought we’d try and say something without actually making a sound at all, first. So we wanted to make some captivating, provocative photos, so in a nutshell I think that went really well, ultimately.

I was intrigued that you streamed the album weeks ago for fans, what’s the idea behind doing that rather than building anticipation for the release?
You know man, I think we built enough anticipation by waiting this long to release the record to be honest *laughs* like ‘Fake History’ was released so long ago, and the people that wanted to learn about letlive. and those that have known about letlive. for some time and those that are learning now, they luckily don’t have to wait as long, so it was just the most organic way we could think of, for those that have been waiting so long we felt that deserved it, we’d release the album and show people what’s to come on July 9th, or I believe it’s like the 8th or something for you guys. In the end it was just really wanting to let people hear the record as opposed to working some sort of prosaic or some model scheme that all the bands and labels are using now, we just wanted people to get excited naturally.

You were just here in Australia with Deftones, how was that tour for you guys?
It was surreality at its finest, I can’t even begin to explain how amazing it was, to not only be a part of the tour but to share moments on stage with them, and discussions and stories and just all that, and I’m not just saying this to gas you up because you’re from Australia, but Australia is one of my favourite places on the entire Earth, so all of those things fused together made for an incredible and probably unmatched time, I don’t know if I’ll ever feel that way again, it was incredible.

Well, until you come back that is…
*laughs* yeah, we can’t wait.

Well, so when do you think we can expect to see you back?
We’re hoping to come back early next year, that’s what we want to do.

You’re out now on the Vans Warped tour, how is the new material going down at your shows?
Oh man, it’s been great, it’s been great, I think that’s another thing, I think with the stream it’s really urged people to learn the new songs, so we’re afforded an opportunity to play a couple of new songs on this tour and have people dig it, sing along and as if it’s a song and album they’ve been living with for years as opposed to like two weeks worth of streaming it, so it’s been great, those new songs are going over very, very well so far.

Is there a message you’re trying or wanting to get across to people with the music of letlive.?
Yeah man, always, at all moments. letlive. lyrically, and I guess the essence and motives of letlive. is simply understanding our humanity, it is The Blackest Beautiful in a sense, it’s understanding we are here not to be these ideal beings, or not to be these perfect forms, or the utopian idea is all perspective and all subjective and when you’re doing what it is that you feel is right or righteous *laughs* you’ve got to feel that there’s other people that need to be considered in all the things that we’re doing. Whether it being something as simple as giving your last piece of bread to a homeless person or going out and performing some sense of coup d’état and overthrowing a government, whatever it is, you’ve got to really try and understand there’s a lot more to be considered than just your own selfish purposes and I think that’s what letlive. are ultimately trying to say.

With 2013 now over half way done, what does the rest of the year have in store for the band?
We’re going to finish up this tour and then go home, and straight onto a UK, Europe and then following on from that we’ll be going on to an unannounced at the moment tour, but a tour with some friends of ours from the States, that will be a full US tour, we’re hoping and trying to plant the seeds that will return us to the great land of Oz in the beginning of next year and then world take over with The Blackest Beautiful.

Thanks for your time and best of luck with the new album and tour.
Thanks brother, you have a good one.