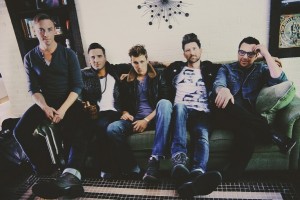 Floridian 5-piece, Anberlin will celebrate their 10th anniversary by bringing brand new anthems and a pair of international support bands to Australia this September.

Anberlin’s live show is a force to be reckoned with. Such a massive part of the band’s continued success and the basis of their creative inspiration; their live performances manage to exude warmth and intimacy regardless of venue. It’s reassuring given the band has progressed from some of Australia’s most intimate club venues to some of the country’s biggest stages.

Stephen Christian from Anberlin admits that the band’s history of raucous live shows was a huge inspiration for the recording of the band’s sixth studio album Vital- released last October. “I recognize now that what I love the most about Anberlin is the high energy, the high momentum, the veins that are popping from necks when the fans scream along,” the singer admits. It’s with that intense energy in mind that Anberlin infused their new album with the same vigor. “That’s the most fun. That is where I feel like Anberlin exists, in those kind of situations. And I think that’s where we excel.”

Australian crowds are certainly in no position to disagree. Their last Australian tour-  on which they revolutionised the tried and tested  live performance format by including acoustic songs, covers, requests and even live QnAs- was a massive success. Their promise to linger at their merch table after each performance, to greet every adoring crowd member, remains the stuff of fan faction and has set the bar impossibly high for their peers. Who knows what inspired performances they may extend to their loyal Australian fanbase on their eighth visit to our shores.

Arizona’s The Maine will make their second visit to the country, riding valiantly atop their fourth full-length album Forever Halloween. Produced by Brendan Benson of The Raconteurs, the album is the band’s second consecutive self-funded release following their major label departure. It’s a tasty slice of pop punk, far more melodic and self-assured than they’ve ever been before.

William Beckett is better known as front man and founder of much loved US band The Academy Is… Boasting fresh new perspective and a slew of incredible songs, Beckett commenced his solo ventures by ditching the record label rulebook so often referred to throughout his band’s seven years and five albums together. “No compromise, no bullshit”, Beckett insists. “It’s all about good, honest music and lots of it. It’s all about fearlessness and new ideas. It’s all about being true to who I am and what I stand for”. Beckett’s next chapter started last year with his solo EP release Walk The Talk, and his story will continue in Australia this September.

TICKETS ON SALE 9AM FRIDAY 14 JUNE 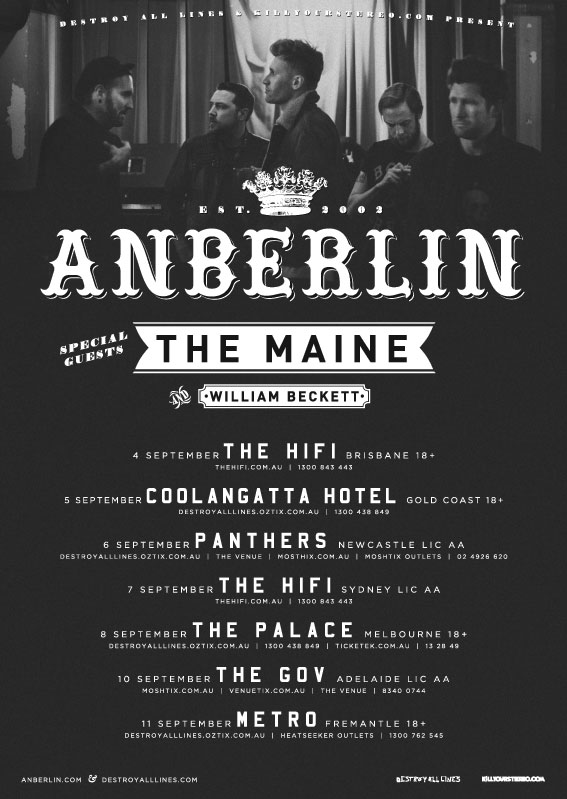