Dirty York have earned a reputation in recent years as a hardworking, charismatic, unpretentious, old school rock ‘n’ roll band. Melbourne’s favourite sons have not only impressed local audiences with their swaggerin’, no holds barred, sweat-soaked performances, but European punters have also taken the lads to heart after they wowed thousands at Spain’s reknowned Azkena Rock Festival and a subsequent sold-out 34-date tour of the continent’s best rock venues.

Now with a brand spankin’ new album and another European tour planned for May, Dirty York are in the envious position of becoming more popular in territories that are thousands of miles from home. Their ‘Feed The Fiction’ album launch at The Spotted Mallard, Saturday 2nd March, gives Melbournians a chance to see and hear for themselves what all the fuss is about.

Playing a selection of old favourites and shiny new gems with a few surprises for trainspotters, the band promises you’ll be at the ‘Gig of the Week’ regardless of what the cool kids are up to! Tickets available at www.spottedmallard.com or www.dirtyyork.com 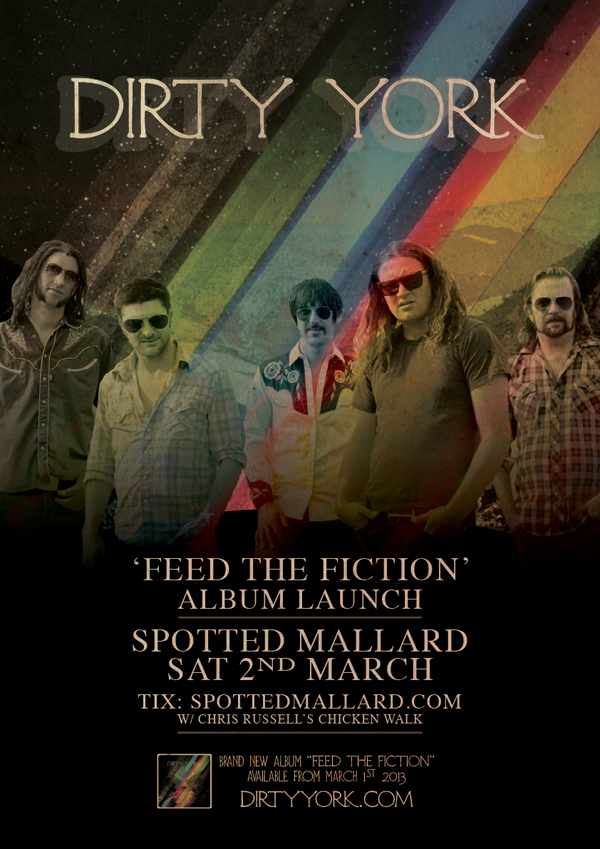