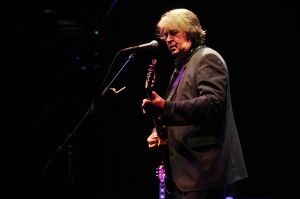 Lennard promotions are proud to present for the first time in 40 years, former Bluesbreaker and Rolling Stone guitar legend Mick Taylor live in Australia in 2013.

Mick Taylor’s fluid blues and jazz infused guitar lines have featured on some of the most important recorded moments in rock history. From his early work with the legendary John Mayall’s Blues Breakers to his work with the biggest band on the planet The Rolling Stones, along with his own solo work and numerous high profile sessions Taylor is renowned for his consummate skill and impeccable taste. 40 years since he last visited Australia with the Stones in 1973 and fresh from his recent anniversary reunion shows with the legendary band, Mick Taylor is coming back with his band of musical heavy hitters to give fans a taste of the fine guitar work that has made the man a musical living legend.

From small beginnings in his native Hertfordshire; Mick found his way into the major league when he stood in for an absent Eric Clapton at a Bluesbreakers’ gig. A year later John Mayall was looking for a guitarist to replace Peter Green, at only 17 Mick joined and was soon touring and recording with Mayall’s legendary blues band.
Following Brian Jones’ departure, Mick came to the attention of the Rolling Stones as a session musician on the Let It Bleed album, although he soon became a permanent replacement playing his first live appearance in front of 250,000 people at their 1969 free concert in Hyde Park. Mick stayed with the Stones for half a decade, contributing his trademark vibrato, slide and songwriting to numerous hit albums including Let It Bleed, Sticky Fingers and the influential Exile On Main Street. Having toured the world and recorded some of the key songs of the Stones’ 70s output, it surprised many people when he left to pursue a solo career and was later replaced by Ronnie Wood.
While many people associate him with the Rolling Stones; Mick has worked on soundtracks and film scores, including Nicholas Roeg’s The Man Who Fell To Earth, appeared with Mike Oldfield for performances of Tubular Bells, recorded with Gong, Jack Bruce, Little Feat, Stones associatesNicky Hopkins and Billy Preston and played a major role in the careers of many other musicians.
1979 saw Mick release his first solo material with a self?titled album mixing rock, jazz and Latinflavoured blues musical styles. During the 80s Mick spent time working with Bob Dylan on notable albums Empire Burlesque and Infidels. He was even present in the studio when Dylan penned the song Blind Willie McTell, which is a live favourite in Mick’s repertoire.
After being inducted into the Rock and Roll Hall of Fame in 1989 with the Stones and the release of the album A Stranger In This Town in 1990, Mick continued to tour heavily. He was alsoworking in the studio and playing live with Carla Olson, added his handprints to Hollywood’s RockWalk in autumn 1998 and continued to write material for A Stone’s Throw which was released in 2000.
In 2003, Mick reunited with John Mayall for his 70th birthday concert in Liverpool along with Eric Clapton. A year later, in late 2004, he joined John Mayall & the Bluesbreakers for a UK theatre tour. The 2010 re?release of Exile on Main Street has seen Mick contribute additional guitar work to some previously unheard tracks, including the limited release single, Plundered My Soul. Now playing with a line?up of long?time friends and musicians, Mick has been performing around the UK, in Europe, Japan and the US, while writing and recording for his next album release.