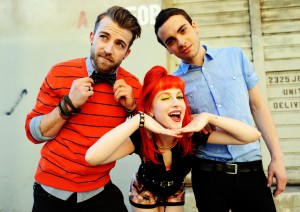 After announcing themselves to a new legion of fans with their sophomore effort, ‘Riot’, PARAMORE were armed to go forth and conquer.  With a swift and stratospheric rise, there seems to be no limit as to what PARAMORE can accomplish and this is nowhere more evident than on their latest album ‘Brand New Eyes’. It marks their fully fledged introduction to rocks elite class and “astonishes from start to finish.” – Alternative Press.

With millions of album sales, a Grammy nomination, and a slew of sold out signs gracing stadiums across the globe, we are thrilled to announce that PARAMORE will be playing their only Australian headline show at the Enmore Theatre in Sydney on Thursday 21 February.

Tickets go on sale Friday 26 October at 9am.

TICKETS ON SALE FRIDAY 26 OCTOBER, 9AM.

Paramore are also performing at the sold out Soundwave Festivals in February/March 2013. 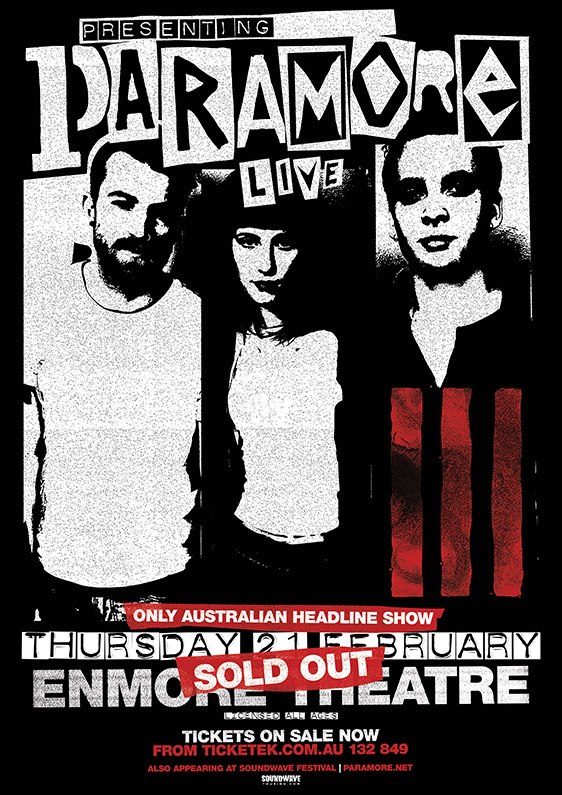