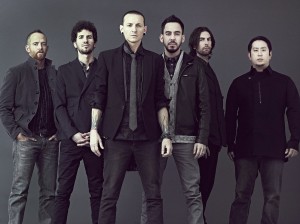 The learning curve was arduous, but a necessary and welcome challenge for the band. ‘Hybrid Theory’ isn’t just the title of the first album, but a career mission statement. From day one, LINKIN PARK built the band upon the premise of fusing all of their favourite styles of music—as disparate as they might be—into one signature sound.

Fast-forward 12 years to ‘Living Things’ and LINKIN PARK have not only developed new tools to make that philosophy a reality, but they’re finally comfortable embracing—and coalescing—every aspect of their career. Once again they have made the courageous leap into the unknown. ‘Living Things’ is a personal album, centered on human emotions and relationships implied by the title. It is informed by and built upon all previous albums, while still pushing the band’s sound into new territory. It’s spirited, energetic, daring and unafraid to hybridize the past, present and future. It’s absolute proof to a radical theory six musicians have devoted their lives to testing.

STONE SOUR is a hard rock force of nature.

The continued ascendancy of STONE SOUR is a genuine phenomenon. Resounding with more power and passion, their latest album ‘Audio Secrecy’ is a record free of stylistic limitations and “demonstrates a band heading for their pinnacle via an assortment of finely executed tracks each tempered by different textures, moods and tones” – Rock Sound

Multi-award winning rock icons LINKIN PARK are thrilled to announce two sideshows on the back of the sold out Soundwave Festival next February. As part of their Living Things World Tour, these shows will surely be two of the biggest international rock shows over summer.

TICKETS ON SALE FRIDAY 14 SEPTEMBER 9AM 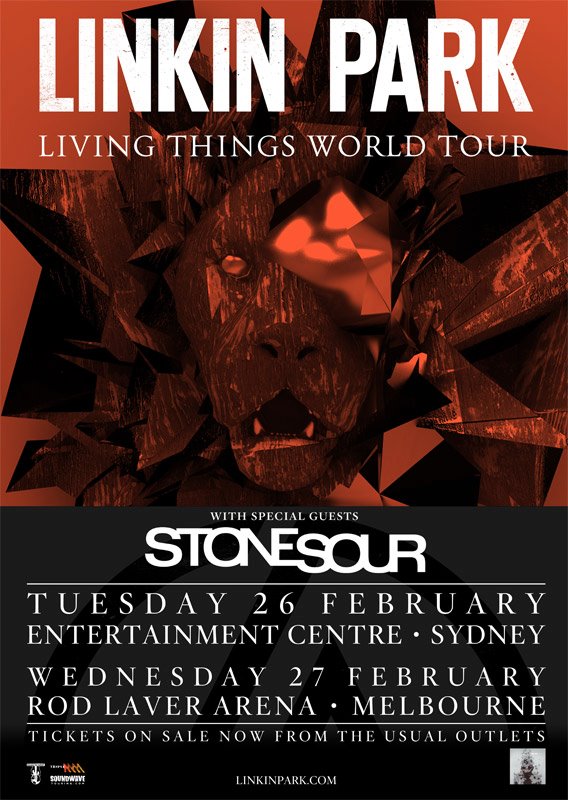