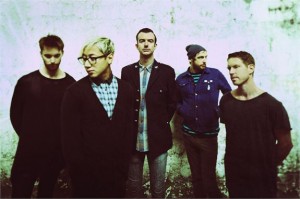 What do you do if your band spends five years growing from acclaimed indie artists into having its name up in lights? Well if you’re Birds Of Tokyo you burn it all down and you start all over again.

It’s therefore apt that the group’s first new music in over two years is a four song EP called “This Fire”.  It will be released as a download, CD and limited edition 10″ vinyl on Friday October 5.

For this epic rock band the last year has been all about change and renewal and that experience is infused throughout the “This Fire” EP.

First there was the addition of two new members (Glenn Sarangapany on keys and Ian Berney on bass). For various reasons the three original members (Ian Kenny – vocals, Adam Spark – guitars and Adam Weston – drums) all relocated from their hometown of Perth to new cities across the eastern seaboard. Then they consciously reinvented their approach to songwriting with a new Sydney studio space plus time spent together in a remote French farmhouse helping to blaze new trails for the group. And if that wasn’t enough they then went to Los Angeles to record with both a new producer, Dave Cooley (Silversun Pickups) and a new mixer, Tony Hoffer (M83, Beck, The Kooks, Belle & Sebastian).

“We really made a conscious choice to just put a match to everything we’d done before so that we could create something that felt fresh and exciting for us. Hopefully people who like the band will feel the same way when they hear it”, explains Adam Spark.

Over the course of their first two studio albums (2007’s “Day One” and 2008’s “Universes”) Birds Of Tokyo carved out a niche for guitar driven anthems. Lots of touring around Australia gradually turned them into Triple J favourites and indie chart toppers. With their eponymous third release in 2010 things shifted up another gear. They won the ARIA Award for “Best Rock Album” and the APRA Award for “Best Rock Song”. They enjoyed genuine hit singles with “Plans” and “Wild At Heart” and earned multiplatinum certifications. They stole the show at major festivals including Big Day Out and Groovin’ The Moo and they capped it all off by winning the publicly voted gong as “Most Popular Australian Artist” at the 2011 ARIA Awards.

Not surprisingly their heads were swimming. But rather than milk a formula they decided to throw themselves into new ways of being a band. Burnt it down. Started again.

Their broadening musical palate is particularly apparent on the pulsing title track “This Fire” and on the aching meditation, “Boy”, which also features on the EP. This time around the hard edged guitars give way to a more textured approach in counterpoint with hazier keyboard atmospherics. It’s an incendiary brew that grows more intoxicating with each listen.

In addition to sounding fresh the “This Fire” EP sees the band attacking different lyrical themes. While not overtly political or preachy there’s a recurring motif of people coming together which reflects the increasingly interconnected world in which this music was created. In fact the title track is nothing less than a clarion call for togetherness.

“At some level those lyrics probably reflect the way the band itself was coming together”, reflects Ian Kenny. “We collaborated a lot more on this music for a lot longer than we’ve ever spent before. We consciously set out to stretch ourselves in every possible direction and hopefully that shows.”

The EP provides an early taste of the new Birds Of Tokyo album which is currently nearing completion. The as yet untitled set is scheduled for release in March 2013. In addition to the tracks on “This Fire EP” other songs from the hugely anticipated album are likely to be showcased when the band lights up for a handful of shows in late 2012 including Rockit (with the Black Keys) and Homebake. 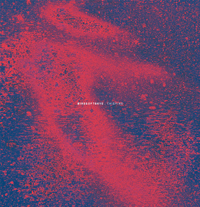