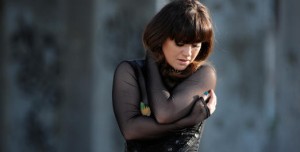 Already confirmed to return to Australia this September for the Deni Ute Muster, Chugg Entertainment are thrilled to confirm that the certified pop sensation, Kelly Clarkson, will also be playing a run of national arena shows on her return to our shores this year.

Since bursting onto the music scene 10 years ago, Kelly Clarkson has released four studio albums – 2003’s platinum No. 2 Thankful, 2004’s 7x-platinum Breakaway (which sold over 12 million copies worldwide, spawned five Top 10 hits, and stayed on the charts for two years), 2007’s platinum-selling My December, and 2009’s platinum-selling All I Ever Wanted, which produced the smash singles My Life Would Suck Without You and Already Gone. Clarkson has also received two Grammy Awards, two American Music Awards, two MTV Music Awards, and 11 Billboard Music Awards.

Her latest album, Stronger, debuted at #3 on the ARIA Albums Charts (rounding out a Top 5 Australian debut for all 5 of Kelly’s albums) and is certified platinum, with first single, Mr. Know It All going 3x Platinum and 2nd single Stronger (What Doesn’t Kill You) 2x platinum.

Currently opening for Kelly Clarkson in the USA, and joining her on this leg of Australian dates is Denver-based foursome, The Fray. The band’s 2005 debut album How To Save A Life reached #1 in the ARIA charts and achieved double platinum status in Australia. Their second self titled album The Fray reached #3 in the ARIA charts and spawned the #1 smash hit single You Found Me which was also double platinum certified in Australia. Their third album, Scars & Stories was released in November 2011, an album which transforms their real life experiences into a collection of songs that are reflective, but still maintain a pop sensibility.

Opening the stage for the evening will be local chanteuse, Sarah De Bono.  With her candy-coloured hair and a turbo-charged attitude, Sarah De Bono was a major force during the debut broadcast of television juggernaut The Voice, on Channel Nine. Rock chick, pop star, style chameleon…each performance brought the audience closer to Sarah, taking her to into their hearts and in turn, she took them on her journey.

This is set to be a dynamic show, jam-packed with power melodies and big, pop hooks.  Do not miss out.

TICKETS FOR ALL SHOWS ON SALE 9AM WEDNESDAY 11 JULY