Bret Michaels to premiere new music video ‘Get Your Rock On’ on Tuesday June 5th! 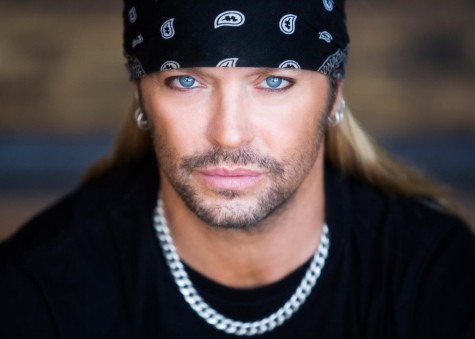 On Tuesday, June 5th the brand new music video for Bret Michaels single Get Your Rock On will make it’s premiere on www.bretmichaels.com! Get Your Rock On is the title track from Bret’s new solo album of the same name and features Phil Collen of Def Leppard/Manraze and Sal Coz Costa of My Darkest Days!

Be sure to check www.bretmichaels.com on June 5th to be one of the 1st in line to watch the video debut! In the meantime pick up your copy of the single at your favorite digital music retailer today such as iTunes!

In a February interview with Rolling Stone, Michaels providing the following details of the new album:

“Bret Michaels’ upcoming solo album, Get Your Rock On, will include a few friends. “Loretta Lynn and I are gonna redo ‘Every Rose Has It’s Thorn’ together,”. “And, for me, growing up in a family that my father loved country music and Coal Miner’s Daughter, this is gonna be a really awesome time.”

How did the two come together? “I met her at Thanksgiving and it was really great. We were out at her ranch in Hurricane Mills and we sat there, me and her, and after everyone, the whole family and my crew sort of dissipated we sat there and started writing some songs together,” he says. And one of the ideas she had was redoing ‘Every Rose Has It’s Thorn’ and I thought it would be unbelievable for me and her to do that together.”

Among the other guests on the album are Def Leppard guitarist Phil Collen and Jimmy Buffett. “The song ‘Get Your Rock On’ has Phil Collen from Def Leppard playing guitar with me and it also has Sal Costa from My Darkest Days, really, really good guitar player and good friend,” he says. “Jimmy Buffet and I did a live version of ‘Margaritaville’ together.”

Michaels says the two duets, with Lynn and Buffett, will be “two bonus tracks.” And of the rest of the record he says, “It is just straight up in your face rock & roll.”

“Every Rose Has It’s Thorn” is just one of the songs that came from his Thanksgiving jam session with Lynn. There will be more. “There are two songs we wrote together. One of them is going to appear, she’s a doing a new album with T-Bone Burnett, we’re gonna go down and do one on that,” he says. “And then we’re gonna do one [on] an album that’s called Me, My Guitar And I, it’s a record that will come out either later in the year or sometime next year.”