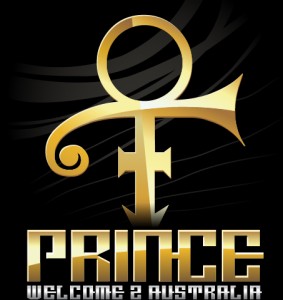 Prince, one of music’s most iconic superstars and true rock’n’roll royalty, will tour Australia in May 2012 performing his greatest hits.

This will be only the 3rd time Prince has toured Australia. He last performed here in 2003.

Prolific, influential and innovative, Prince is one of the most private of all music super stars.

He lets his music speak for itself – and it does.

Singles such as Purple Rain, 1999, Controversy, When Doves Cry, Diamonds and Pearls, Nothing Compares 2 U, Kiss, Little Red Corvette, Cream and Raspberry Beret are songs deeply etched into the hearts of a generation and seamlessly tie together pop, funk, folk, and rock.

His recorded catalogue is vast, diverse and massively popular. He has sold over one-hundred million albums, with ten platinum albums and over thirty top ten singles to his credit. From thirty-three nominations he has won seven Grammy Awards, and his songs for movies have earned him a Golden Globe (The Song of the Heart from Happy Feet) and an Academy Award (Purple Rain).

While his second album Prince went platinum, but it was the album 1999 that was the real breakthrough for Prince. It sold over three million albums.

This success, however, was nothing compared to the success of Purple Rain. This album made him a superstar, selling over ten million copies in the US alone and topping the charts for a phenomenal twenty-four weeks.

Since then he has boldly experimented with sounds and styles, writing and producing with great diversity and ambition. He has written hits for and mentored the careers of other artists, and founded his own recording studio and label.

But what propels him into the upper echelons of greatness – and Rolling Stone include him in its list of the Greatest Artists of All Time – are his legendary stage shows. His concerts are flamboyant and thrilling, and he matches brilliant musicianship with cutting edge presentation

Prince will be bring his huge full scale arena production to Australia which will include ground breaking technology in a complete 360 degree stage (in the round).

Notoriously reclusive and reserved in media interviews, Prince takes to the stage with sex-appeal and charisma that can reach the far corners of the even the largest arena.

From moments of great intimacy to exuberant solos, he is a live performer rare in his ability to hold each and every member of the audience enthralled.

“We have tickets starting from only $99 so that everyone can see this legendary superstar performer, Prince” – Garry Van Egmond.

This tour of Australia is destined to be one of the greatest concert events in years – the Prince’s multiple concerts at Madison Square Garden sold out in 30 minutes, and his 21 night stand at the 20,000 seat O2 Arena in London set new box office records.

TICKETS TO ALL SHOWS ON SALE 9AM, MONDAY 16 APRIL THROUGH TICKETEK.

The tour is presented by Van Egmond Group and Chugg Entertainment.