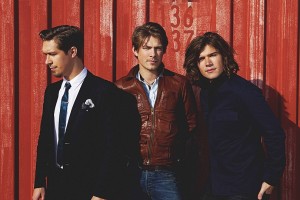 Australia has shown that its love for the brothers Hanson is as strong as ever with the sibling trio’s Melbourne, Sydney and Brisbane shows in September selling out shortly after they were announced. The rest of the country isn’t far behind with all original shows looking due to sell out in the next couple of days! For those Melbourne, Sydney and Brisbane Hanson fans who missed out on the first round of shows the great news is that the brothers have scheduled a second round of dates to cope with the obvious demand.

Hanson will now play an extra show in Brisbane at the HiFi on the 11th of September, an extra show in Melbourne at the Palace on the 18th of September and in huge news for Hanson’s Sydney faithful an all-ages show has been added at the Enmore Theatre on the 16th of September. Fan club pre-sale tickets for all new shows will go on sale on Monday the 30th of April at 9.00am, with general public tickets going on sale the following day, Tuesday the 1st of May at 9.00am.

HANSON have been making music together for two decades. Fifteen years ago, their out-of-the-blue, soul-inspired brand of American pop-rock‘n’roll was introduced to the world. Unaffected by charts or fads, they’ve spent more than a decade building a community of fans connected to one another and fuelled by the energy and craftsmanship of three brothers and their music, earning praise for their songwriting, musicianship and dynamic live performances, with New York‘s Village Voice calling them the “Finest Straight-Up Rock Band In America.”