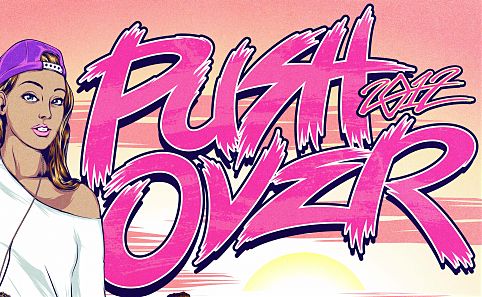 Thanks to triple j unearthed your band could win the opportunity to play at this year’s Push Over and join the stellar line up of Parkway Drive, 360, Tonight Alive, Yacht Club DJs, Dangerous!, Snakadaktal, Mantra, Redcoats, Eagle and The Worm, Glass Towers, 8 Bit Love, Northlane, Skyway, Hands Like Houses, Mindset, Hallower, This Town A Forest, Awaken I Am, and Boris The Blade.

Just like previous winners, Husky, Big Scary and Fearless Vampire Killers, all you have to do is upload your music to triple j unearthed before Sunday 19th February. You will automatically go in the running to perform on The Green Stage at Victoria’s longest running all ages live music festival, on Monday March 12th at the Abbotsford Convent, Melbourne. Tune in to triple j on February 22nd to hear the winner announced live on national radio.

Push Over offers up the best of Australian hardcore, rock, hip hop as well as local emerging artists across four stages in one huge day.

Proudly Presented by The Push, triple j and Supported by FReeZA, Victorian Government, Beat Magazine, Plakkit, and Shout Out Loud

Push Over is a fully supervised all ages drug/alcohol /smoke-free event managed by non-profit youth music organisation The Push. 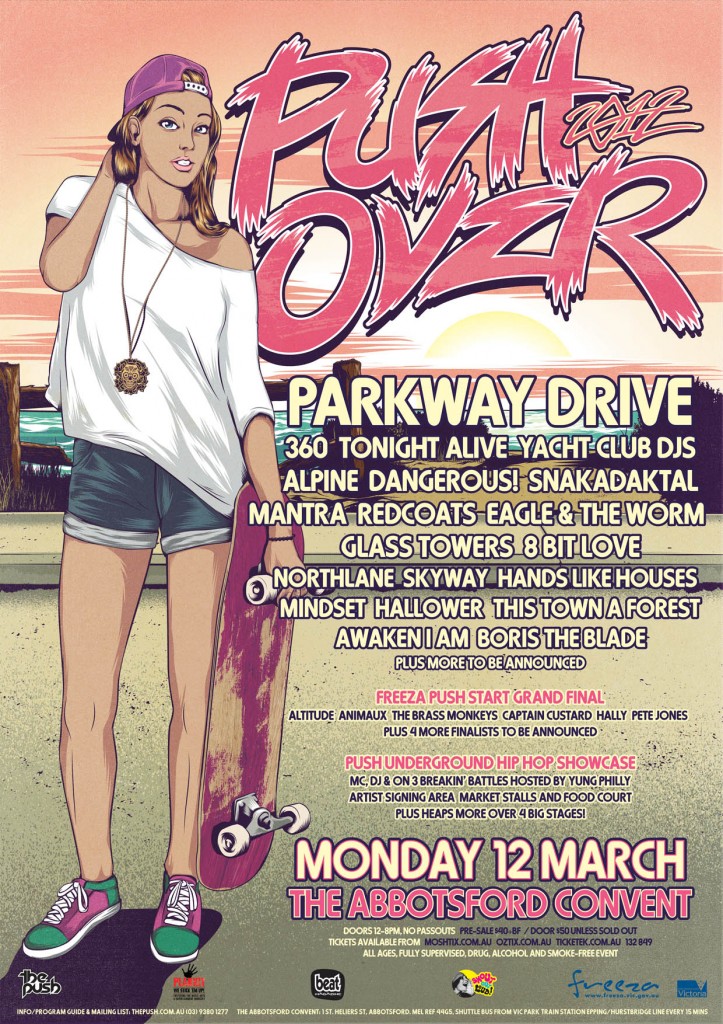