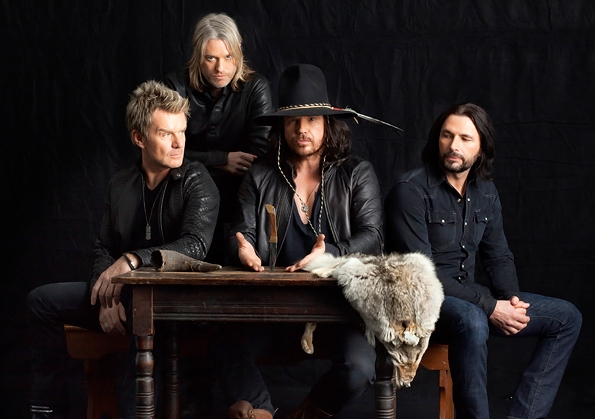 One of the finest British rock acts to have enjoyed worldwide success over the last few decades, The Cult has wrapped up recording ‘Choice of Weapon’, the group’s first studio album in five years.  Released in Australia on 25th May 2012 on Cooking Vinyl via Shock Records, its 10 tracks reveal the band at its rawest and most visceral, encapsulating cinematic visions and themes of love, revolt, and redemption.

Fans can now get an early taste of the album – The track ‘Lucifer’ was released by the band via their official website www.thecult.us at 1am AEST today and is available as a free download.

Details are being confirmed for a worldwide tour and will be announced soon.

‘Choice of Weapon’ is the follow up to the critically-acclaimed 2007 release ‘Born Into This’ that the UK’s Mojo magazine called “a wholehearted, utopian and irrefutably exciting record.”  Long-time Cult collaborator and producer Bob Rock (Metallica, Bush) – who produced one of The Cult’s most successful albums, the platinum-certified ‘Sonic Temple’ – put the finishing touches on the foundations that were laid by co-producer Chris Goss (Queens of the Stone Age, U.N.K.L.E., Masters of Reality).

The record was written by Ian Astbury and Billy Duffy, recorded in New York City, Los Angeles, the California high desert, and the band’s Witch Mountain studios in the Hollywood Hills between July and December 2011.  The new release features founding members Astbury on vocals and Duffy on guitars, with drummer John Tempesta and bassist Chris Wyse.  “We have had the opportunity to work with two of the most influential and talented producers in the world today,” said Astbury.  “They pushed us beyond our comfort zone, and helped us craft ‘Choice of Weapon.’” 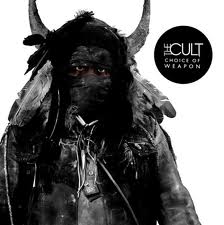 The album is aimed at the heart of The Cult’s loyal following.  It reflects the current discontent and destruction of our eco systems, the search for individual meaning against a tide of rampant materialism, narcissism and disconnected lives.  “We went deeper . . . we worked a bit harder on this record.  We have great fans and they deserve our best,” added Duffy, “and I feel this is one of our best records, maybe the best.”