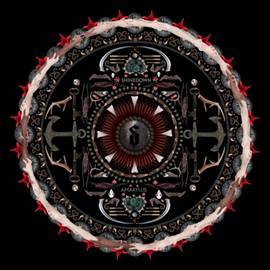 Following the announcement that multi-platinum rock band Shinedown have joined the Roadrunner Record family, the band have revealed the cover art for their new album Amaryllis, as well as a new website offering snippets of the albums tracks. Amaryllis will arrive in stores and at all digital retailers on March 23, 2012.

You can hear the snippets and pre order the album at www.shinedown.com/amaryllis.

‘Bully’ -the first single which is currently at radio – is Shinedown’s first new music since seeing all six singles from 2008’s ‘The Sound Of Madness’ go to #1 on the US rock radio chart.   You can check out the lyric video for ‘Bully’ below

Amaryllis is out on March 23 through Roadrunner Records