Radiohead return to Australia in November 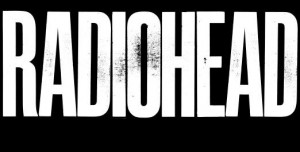 “Taking the plunge into this band’s mysteries is one of rock’s true pleasures.”
Rolling Stone (on The King Of Limbs)

“Yorke sidled into his terse but radiant falsetto, his voice glowing over the room like a chandelier.”
New York Times (Roseland Ballroom NYC September 2011)

Admirers of seminal alternative rock and genre-bending music take notice; Chugg Entertainment today announces the landmark return of Radiohead to Australia & New Zealand. It has been nearly a decade since the Oxford bred five-piece last graced Australian shores in 2004, and a staggering 14 years since playing in New Zealand in 1998. It is safe to say that their welcome return is certain to be the live music milestone of the year.

Murmurs of a return to our corner of the globe have been rife for years now, even more so in this era of social media with nothing remaining secret for long. Radiohead, however, manage to defy this with their celebrated return being one of the biggest and best kept secrets this year; something to be expected from a band shrouded in mystery, everything they do an enigma

For a band that is headlining major festivals across the globe, these Australian shows in relatively intimate settings are a clear indicator of a band that does things their own way.

Joining Radiohead on this very special run of shows is New Zealand-born and London-based musician, Connan Mockasin.  Mockasin makes beautiful, off-kilter music that subverts as it compels, challenges as it mesmerises and startles as it seduces.  Named by The Guardian UK as the “new prince of psychedelic whimsy,” Mockasin is a true pop auteur and certain to set the scene perfectly for Radiohead.

Radiohead’s return to Australia & New Zealand will showcase the band’s multi-decade career in an aural and visual celebration. As a live band they transform their creations into an experience both towering and incandescent. Be sure to be part of the journey. These are the only Australian & New Zealand shows – no further dates to be announced. Do not miss out.

TICKETS FOR ALL SHOWS ON SALE TO THE GENERAL PUBLIC AT 9AM, THURSDAY 1 MARCH (local time)