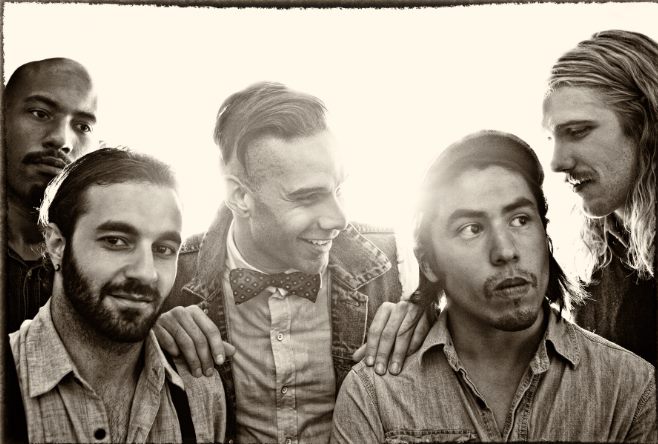 Band in Australia next week for Soundwave Festival

See below to watch the killer new video for “Muther” :

Heralded the next evolutionary step in heavy music, the band’s breakout album Fake History is being called a masterpiece while their electrifying live shows have already become the stuff of legend. BBC described a London performance as “a lesson in the pure power of music” while Alternative Press has placed the band on their most anticipated list of 2012.

Already establishing themselves as young road warriors, in just the last year letlive. have toured in over 20 countries, playing close to 250 shows. Australian audiences will have an opportunity to witness this sonic phenomenon when letlive. bring their furious live show across Australia on the Soundwave Festival which will include sideshows with Enter Shikari and Your Demise.

The band are available for interviews while they are here. Singer Jason will be only too happy to speak to you. Please get in touch if you would like to speak to who Kerrang have named “Greatest Rockstar In The World Today”.

What ever you do, do not miss these guys live!

It’s an intense furious whirlwind that, for 45 minutes, threatens to tear the roof and walls off the venue. Not bad for their first headlining gig. You can almost feel, as a photographer crowd surfs near the front, the whole audience’s mind blowing simultaneously. – Kerrang, Live Review

Trying to contain letlive’s tension, passion and energy is like trying to keep mercury in your hand. Except mercury is about 30 percent less dangerous. – Alternative Press

All talk has turned to towards Jason Butler as hardcore’s new breakout boy – the King of crazy live shows. – NME

letlive. is the freshest take on what has become a beaten down idea and laughable group of bands over the past few years. With Fake History, the band showed a lot of ears that there is still passion and forward thinking within a genre of overly saturated breakdowns one after the other. letlive. have a powerful soapbox both lyrically and musically. 2012 looks big for them.”  – Absolute Punk

letlive. breathe new life into the heavy music scene. Their songwriting has no patience for genre expectations or limitations. – AOL Noisecreep

A lesson in the pure power of music…Listen to letlive., and your mind – as well as your eyes and your heart – will be held wide open. – BBC

Here at Rock Sound we try to avoid hype, so believe us when we say letlive. could be the most exciting band in the world – Rock Sound UK

letlive. could be one of the most important bands to hit heavy music in recent years. With their unique blend of devastating post-hardcore fury and unshakably catchy vocal melodies, they are unleashing the shape of punk to come – Metal Hammer