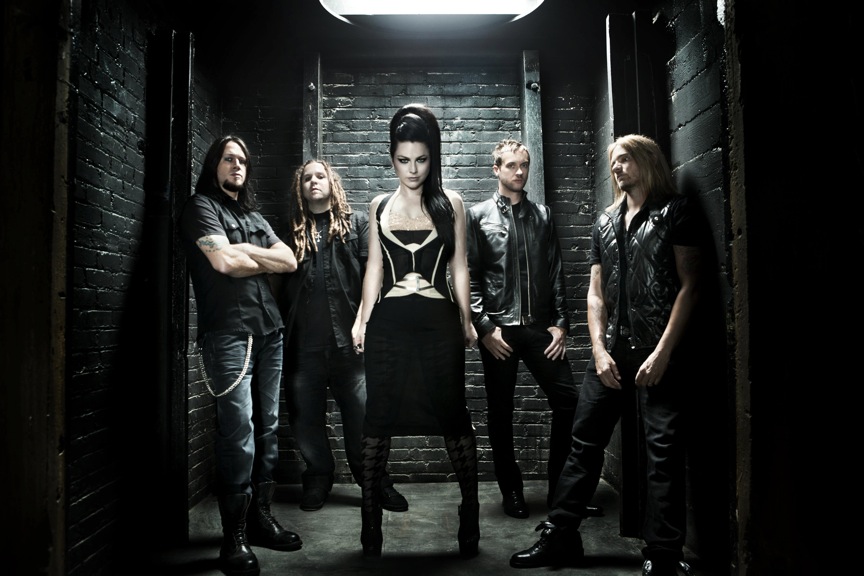 Evanescence are finally set to make a long overdue return to Australia presented by Michael Coppel.

These shows will be their first in Australia since their sold out seven date national tour of 2007, and their third tour overall. Evanescence, with special guests Blaqk Audio, launch the tour in the nation’s capital on March 23, travelling onto Melbourne, Brisbane and Newcastle, before winding up at the Sydney Entertainment Centre on March 29.

Tickets for all shows will go on sale at 9am, February 9.

The album earned the band two prestigious Grammy Awards and cultivated international acclaim. ‘The Open Door’ was the second instalment from Evanescence. Housing massive hit singles ‘Call Me When You’re Sober’ and ‘Lithium’, the hugely successful album hitting #1 on the ARIA album chart. In 2010 Evanescence returned to the studio, resulting in the October 2011 release of their eponymous, long awaited third studio album (through Wind Up/EMI). Spearheaded by the single ‘What You Want’, the album hit #1 in the US Billboard charts and debuted at the top of charts around the world.

Special guests Blaqk Audio will join Evanescence on tour, performing at all shows.

Blaqk Audio is the electronic side project of AFI’s frontman Davey Havok and guitarist Jade Puget. Blaqk Audio’s 2007 debut ‘CexCells’ is a homage to the duo’s love of electronic music. The album expands upon and fully indulges the dark electronic textures that have influenced and pervaded the duo’s work for years. Hints of Blaqk Audio can be heard as early as AFI’s 2006 release of ‘Sing The Sorrow’ as well as subsequent releases. Their second album, ‘Bright Black Heaven’ is set for release later this year.