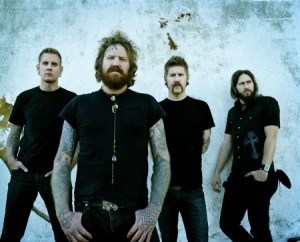 From Grammy nominations to being hailed as the saviors of metal, MASTODON have never compromised in terms of vision or style and are shaping heavy metal in the 21st century.

MASTODON have never done anything the ‘conventional’ way and for over a decade they have masterminded a string of complex concept albums. Pushing the boundaries further, the bands 5th album ‘The Hunter’ is yet another universe bending, high-energy opus from a band that has changed the face of metal with Metal Hammer declaring, “infectiously brilliant heavy fucking metal” 5/5

Wowing audiences throughout the world with their ferocious live performances, MASTODON will be performing 2 headline sideshows as part of their Soundwave appearances. Be prepared for an experience set to leave you bruised, battered and longing for more…”Why Can’t all bands be this good” – Kerrang Magazine

It’s doubtful you’ve heard anything like GOJIRA, twisting and reimagining metal and delivering something wholly unique. The French behemoths have established themselves as a dominant force in metal since the release of their breakthrough album ‘From Mars To Sirius’.  “GOJIRA are simply too powerful and competent to ignore.” – Metal Observer

Taking the world by storm, Norway’s KVELERTAK are fast becoming one of the most talked about bands in metal.  Releasing their debut self titled album to critical acclaim with Norway’s rock authority Asbjørn Slettemark declaring KVELERTAK’S debut “the best Norwegian debut album of all time”.