Tag: The Power Within

Dragonforce release ‘Seasons’ from ‘The Power Within’

September 19, 2012 by MTRBWY in Music News Comments are Disabled

‘Seasons’ is the second single to be released from the latest and 5th DRAGONFORCE studio album The Power Within. Written by bassist Frederic Leclercq the song is accompanied by a montage video filmed during a series of shows played to introduce new singer Marc Hudson to the bands fan base prior to the commencement of The Power Within World Tour, including playing the […]

END_OF_DOCUMENT_TOKEN_TO_BE_REPLACED 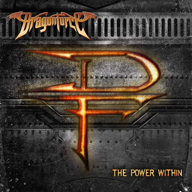 February 3, 2012 by MTRBWY in Music News Comments are Disabled

London based metal superstars DRAGONFORCE have revealed details of their forthcoming new album. Entitled “The Power Within”, the ten track monster is the bands fifth studio album, and first with new singer Marc Hudson in the fold. DragonForce guitarist Herman Li said, “The last two years have been the most fun we ever had making an album. Through writing, jamming and touring […]