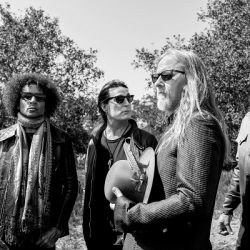 August 15, 2018 by MTRBWY in Music News Comments are Disabled

With nine days to go before the arrival of new Alice In Chains album Rainier Fog (BMG), anticipation is ramping up with the release of new single Never Fade  Listen to it below- NEVER FADE Never Fade is the third Rainier Fog song release following So Far Under and  The One You Know.All three tracks are available as instant downloads by going to aliceinchains.lnk.to/RainierFog Recorded with producer Nick Raskulinecz (his 3rd consecutive album […]

END_OF_DOCUMENT_TOKEN_TO_BE_REPLACED

June 29, 2018 by MTRBWY in Music News Comments are Disabled

ALICE IN CHAINS (vocalist/guitarist Jerry Cantrell, drummer Sean Kinney, bassist Mike Inez and vocalist/guitarist William DuVall) have announced an August 24 release for the long awaited RAINIER FOG (BMG), their first album in five years. They’re giving fans another sneak preview of the album with today’s release of second track “So Far Under” Listen to it here! So Far Under follows the recent release of The One You Know and […]