Tag: Nothing But Thieves 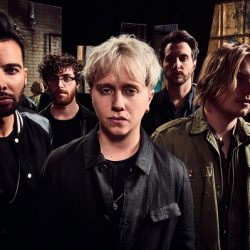 “It wasn’t so much about coming back so quick, we’ve just started out there and saw how well it was doing so for us it just made sense to come back it’s like we wanted to fit it in and not leave Australia out for a long time because it was so good the last time we were there so […]

END_OF_DOCUMENT_TOKEN_TO_BE_REPLACED 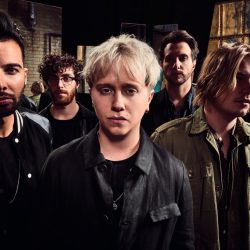 Indie rockers Nothing But Thieves have announced details of headline shows kicking off in Brisbane at The Brightside on Wednesday 13th December, followed by Corner Hotel  in Melbourne on Thursday 14th December and Factory Theatre, Sydney on Friday 15th December. The tour will be in support of the band’s new record, Broken Machine, out now via RCA and Sony Music Entertainment Australia. Broken Machine debuted at #2 on the UK charts Top 10 in NL and Top 20 AUS. To […]

END_OF_DOCUMENT_TOKEN_TO_BE_REPLACED

Frontier Touring are thrilled to confirm that English five-piece Nothing But Thieves will join Muse as special guests at their Sydney and Melbourne arena shows this December. With no further dates to be added to the tour and limited tickets remaining, fans are encouraged to act quickly to not miss one of the best live shows in the world! The two bands are no strangers […]