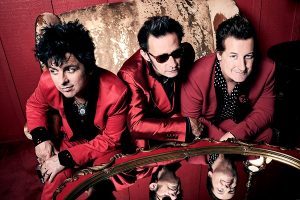 Today GREEN DAY, FALL OUT BOY, and WEEZER, three of the biggest acts in rock music, announced they will be heading to Australia to tour here together for the first time ever on The Hella Mega Tour, presented by Live Nation and Triple M.

The stadium tour kicks off on November 8 at Perth’s HBF Park, before heading to Melbourne’s Marvel Stadium on Wednesday November 11, followed by Bankwest Stadium, Sydney on November 14 and concluding in Brisbane on November 17 at Suncorp Stadium.

Tickets for all shows go on sale at 11am on Friday February 14.

The Green Day fan pre-sale commences at 10am on Monday February 10, concluding at 9am on Tuesday February 11.

Special guest across all dates is New Zealand guitar pop band, The Beths.

The global tour commences on June 13, 2020 in Paris and will visit cities across Europe, the UK and North America.

Formed in 1986 in Berkeley, CA, Green Day is one of the world’s best-selling bands of all time, with more than 70 million records sold worldwide and 10 billion cumulative audio/visual streams.

Their 1994 breakout album Dookie, which sold over 10 million and achieved diamond status, is widely credited with popularising and reviving mainstream interest in punk rock, catapulting a career-long run of #1 hit singles.

In 2004, Green Day released the rock opera American Idiot which captured the nation’s attention, selling more than 7 million copies in the U.S. alone and taking home the Grammy Award for Best Rock Album. Mojo declared “It’s exhilarating stuff, the kind of record that sets new parameters as to what is possible from a punk rock’n’roll band in the 21st century.”

Throughout their career, Green Day have had ongoing ARIA chart success and gold and platinum accreditations for many of their releases with #1 debut in Australia for Dookie and American Idiot and #2 for 21st Century Breakdown and last album Revolution Radio. Nimrod and Uno! both debuted at #3 with Insomniac, Warning and Dos! all debuting in the top 10. The band have a cumulative total of over 16x platinum albums across their catalogue in Australia alone.

In 2010, a stage adaptation of American Idiot debuted on Broadway to critical and commercial acclaim and now they’re taking the world stage once again with their new album and Hella Mega global stadium tour.  Download / stream / buy the album Father Of All… here.

Fall Out Boy’s seventh studio album M A  N  I  A  debuted at #1 on the Billboard 200 in January 2018 and garnered a GRAMMY nomination for Best Rock Album.

Fall Out Boy have sold a staggering 500,000 albums and had 350 million streams in Australia. Watch the video for current single ‘Bob Dylan’ here.

Multi-platinum, GRAMMY award-winning Weezer’s new single “The End of the Game,” produced by Suzy Shinn, will be included on their forthcoming 14th studio album, entitled Van Weezer, due out in May 2020.

The inspiration for this album derives from the deepest roots of Weezer – metal!  What has metal got to do with Weezer, you ask?

In his earliest years, Rivers was a huge KISS fan; Brian was a big Black Sabbath fan; Pat worshipped at the altar of Van Halen and Rush; Scott loved Slayer and Metallica.

The last time this vein of harder rock was mined by Weezer was on their much-loved 2002 album Maladroit; Van Weezer is primed to take that album’s sonics many steps further courtesy of producer Suzy Shinn.

“The End of the Game” is Weezer’s first new song since the release of Weezer (The Black Album), as well as their covers album, Weezer (The Teal Album), whose streaming numbers have surpassed 100 million.

Weezer has sold over 35 million records worldwide since their debut album’s release in 1994.  Their catalogue has included such megahits as “Buddy Holly,” “Undone (The Sweater Song),” “Say It Ain’t So,” “El Scorcho,” “Hash Pipe,” “Island In The Sun,” “Beverly Hills,” “Pork and Beans,” and more.  Pre-order the album Van Weezer here. Listen to their single “The End of the Game” here.

The Beths are one of the most in-demand live acts on the planet. Last year alone they joined Death Cab For Cutie on their UK/European tour, followed by a North American co-headline tour with Bad Bad Hats and an appearance at SXSW. They have played major international festivals including The Great Escape, Pukkelpop, Green Man, and Splendour In The Grass. Their 2018 debut album, Future Me Hates Me (Dew Process), was heralded as one of the year’s stand-out music releases, with ?Pitchfork naming it ?“one of the most impressive indie-rock debuts of the year”.

TICKETS ON SALE 11AM ON FRIDAY FEBRUARY 14

Flight Centre have ticket and accommodation packages on sale from Friday, February 14. 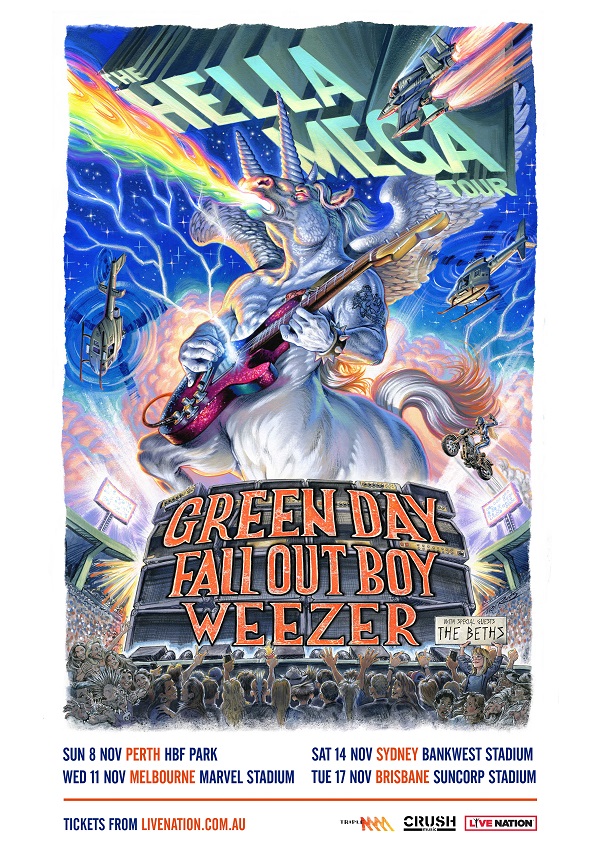