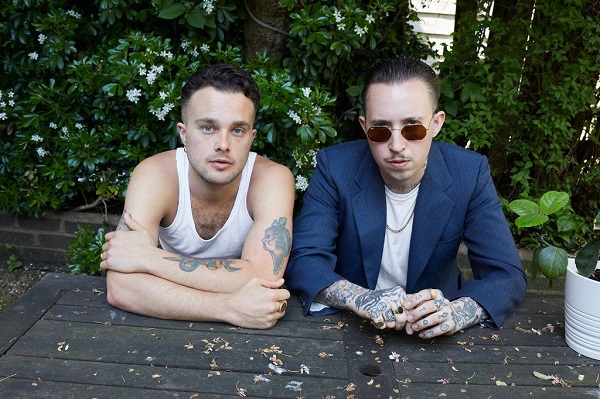 “We’ve kind of spent a lot of our career trying to make our record as good as our live show because we’ve been known as a live band.”

From Release: Slaves Since first bursting out of the UK pub scene in 2012, Slaves have gone onto become of the UK’s most ferocious live bands, and their brand of high-energy punk rock has won them fans worldwide everywhere from Melbourne to Moscow. Fresh from the release of their critically acclaimed third album, Acts of Fear and Love, Isaac Holman (drums, vocals) and Laurie Vincent (guitar, vocals) are bringing their anthemic new songs to people, smashing up festival stages and venues alike in a joyous, celebration of big riffs, big beats and even bigger choruses. You owe it to yourself to see this band.

While in Sydney for the amazing Download Festival, we sat down with Laurie and Isaac from the UK band Slaves to talk to us about Download and this being their first time to Australia, their live show, new music, punk, almost sort of playing drums in Nirvana… and much more. These guys are awesome! Check them out.

Latest Release: ‘Acts of Fear and Love’ (Out Now)