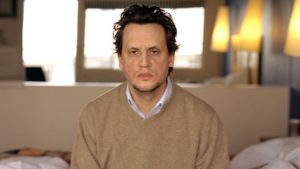 “The Sun Kil Moon manifesto is one for angular obscurity with a certain cerebral whimsy. Delivered with such a deadpan manner, Kozelek sounds like he has lost the pan… Somehow it also instils sparkling colour into the playful doom.” – Beat

Sun Kil Moon announces he will be returning to Australia in May for a very special tour which will be taking in a range of iconic theatres, intimate spaces as well as remarkable, off the beaten path venues. The tour begins Wednesday, May 15 at the recently reopened Espy in Melbourne before making its way to Meeniyan Town Hall, Theatre Royal in Castlemaine, the Thornbury Theatre and then up the east coast to the Lansdowne in Sydney and The Old Museum in Brisbane.

Strap yourself in for over two hours of Sun Kil Moon who is set to deliver an unparalleled, unforgettable live music experience. Tickets are on sale now via www.lovepolice.com.

Armed with an arsenal of recorded material spanning eight studio albums under the Sun Kil Moon moniker, beginning with 2003’s Ghosts Of The Great Highway. Kozelek sound has evolved drastically over the last two decades including 2014’s astonishing stand-out LP Benji (including much loved tracks ‘Ben’s My Friend’ and ‘Carissa’) which garnered widespread critical acclaim and a legion of die-hard fans.

In what has been a truly extraordinary 12 months, the San Francisco based singer-songwriter has extensively toured the globe and added two more releases to his celebrated and extensive catalogue. A self-titled solo album as well as his ninth studio album under the Sun Kil Moon moniker ‘This Is My Dinner’, which includes the epic, nine minute album opener  ‘This Is Not Possible’ featuring his trademark brand of laid back, no holds barred, storytelling.

Sun Kil Moon is utterly unique amongst the folk and rock genres. Sparse yet intense, there is a mesmerizing quality to these introspective musical musings. The atmospheric restraint of arrangements is adored by true music aficionados the world over. This music, so sweeping, intimate and poetic, inspires a unique brand of allegiance and respect. Pulsing and luminous, this is acoustic balladry that transcends narrative, deftly conjuring vivid and dynamic imagery.

Please note. No support for this tour. Sun Kil Moon will be playing a 2.5 hour set at all shows.

Tickets On Sale Now via
http://lovepolice.com.au/sun-kil-moon-2019/ 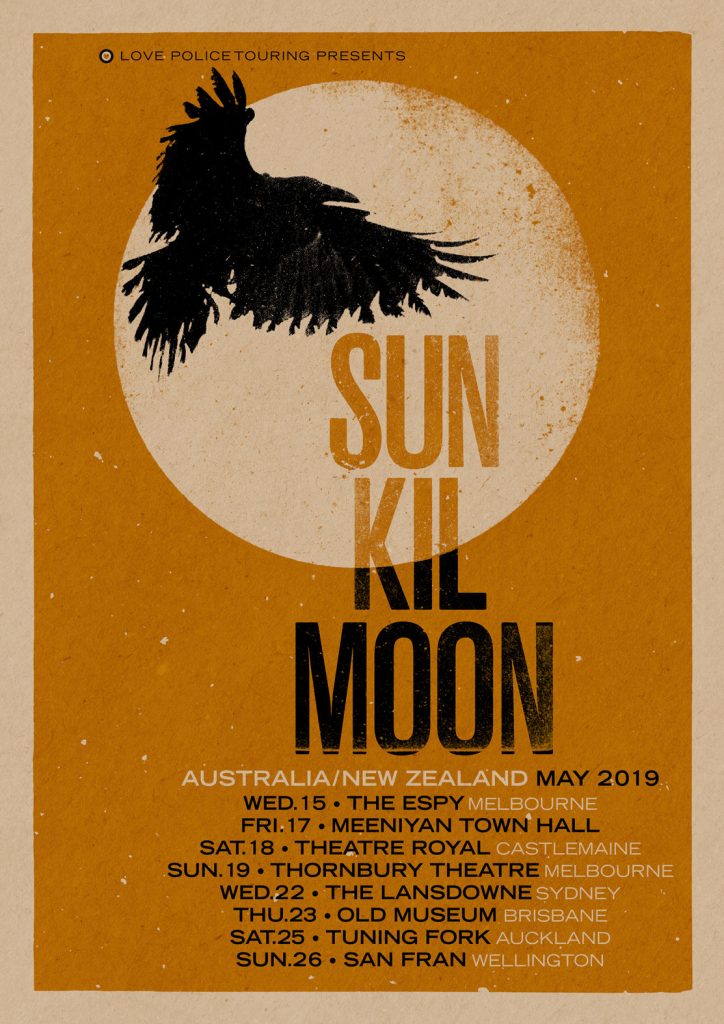