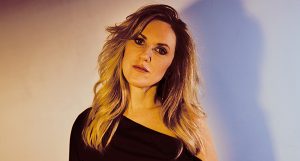 “The cult of Liz Phair is a wonderful place” – SF Weekly

“Phair was ahead of her time with Exile In Guyville … and she knows it. Bringing these songs back isn’t just for nostalgia’s sake. They’ve never been more relevant.” ?– Stereogum

“Ms. Phair was defiant and sexual and unapologetic and vulnerable at once — a kind of girl-next-door casually swinging a sledgehammer at rock ‘n’ roll as we knew it, singing about sex, love and power in a direct, unmediated way that few women before her had.” – The Guardian

“… three crucial bedroom tapes that further define the innovative and unselfconscious songwriting from early in her career.” – Pitchfork (10/10)

GRAMMY-NOMINATED indie rock icon LIZ PHAIR today reveals she will play east coast headline dates in March 2019. Beginning at Sydney’s Oxford Art Factory on Friday 8th March, she will continue through Melbourne’s The Croxton Bandroom on Monday 11th March before wrapping up at The Triffid in Brisbane on Tuesday 12th March.

Australian fans will finally hear this indie star play from her seminal debut album ‘EXILE IN GUYVILLE’ – which was remastered and reissued for its 25th Anniversary earlier this year. Upon its release during the peak of the grunge movement, Phair garnered international acclaim and paved the way for a generation of artists who count her among their major influences.

Twenty-five years after its release, Phair’s influence in alternative rock – and particularly over female voices in the genre – can still be felt. Upon its recent anniversary, Rolling Stone described the record as “a brash, candid and swaggering album that became a key addition to the alternative-rock canon.”

Liz Phair, the legendary acid-tongued trailblazer, will land in Australia in March for anticipated performances, after taking her sold-out Amps On The Lawn tour across North America.