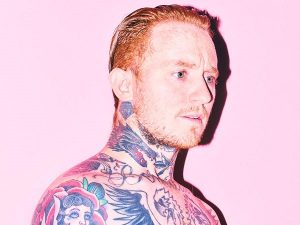 The raging inferno that is FRANK CARTER & THE RATTLESNAKES will be returning to Australia in February 2018. Having spent over a decade honing his craft, FRANK CARTER has solidified himself as one of the most exciting and mesmerising front men in the punk rock scene today.

On the back of his completely sold out previous tour of Australia FRANK CARTER & THE RATTLESNAKES are back and in more ferocious form than ever! Their new album ‘Modern Ruin’ has heralded in an even larger chorus of fans and “he’s finally harnessed the fury coursing through his foundation, channeling and unleashing it with streamlined precision.” – Kerrang

Joining this incredible tour will be none other than the mighty CANCER BATS! Fueled by a burning desire to rage harder, play louder and have more fun than any other band, CANCER BATS mix hardcore, southern metal and punk rock into a lethal rock and roll explosion.

These will be frenzied, chest-beating live shows absolutely not to be missed. Tickets go on sale Thursday 2 November, 9am local. 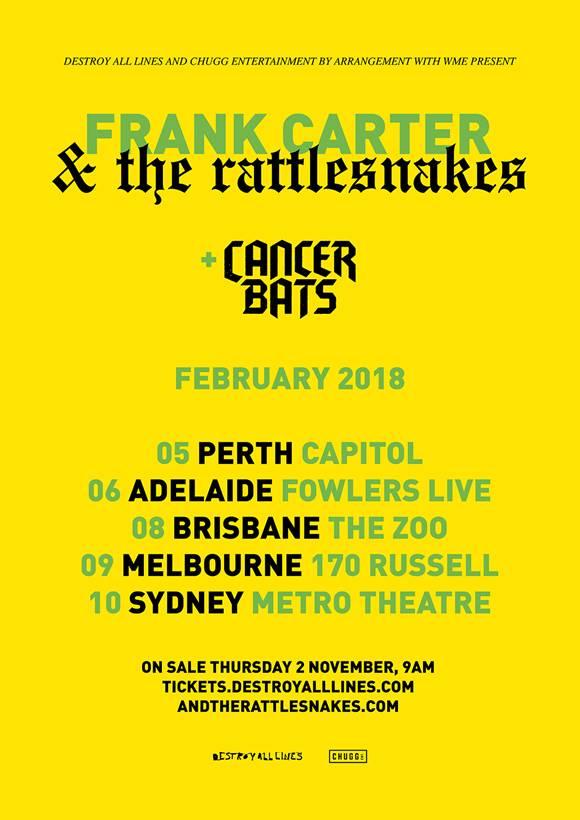