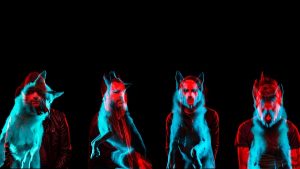 WOLVES, the new album from Rise Against, will be released on June 9 via EMI Australia. Today, the band unveiled the first single, “The Violence”, which can be purchased HERE. Los Angeles-based alternative radio station KROQ gave the song its U.S. broadcast premiere this morning.

The pre-order for WOLVES begins today – PRE-ORDER HERE. Fans who pre-order the digital album will instantly receive “The Violence.”  See below for the full track listing.

Rise Against is partnering with Vans to give fans a preview of WOLVES with performances at The House of Vans in Chicago (April 21) and Brooklyn (April 24). The band will also play the Troubadour in West Hollywood, CA on April 26.

Throughout its career, Rise Against has kept its moral compass steady, using its international punk platform to speak out for social justice. With WOLVES, the band challenges fans to join them in creating a bold new identity together. The album is about recognizing the power within; it’s a primal call for the prey to become the hunters. 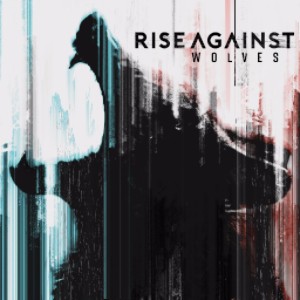 Rise Against chose to record its eighth studio album, WOLVES, with GRAMMY®-winning producer Nick Raskulinecz (Foo Fighters, Alice in Chains, Deftones). Recording with Raskulinecz meant moving to Nashville, TN – far from the band’s familiar worlds of Chicago and Los Angeles, and a state where Rise Against has rarely played. The setting had a clear impact on the album.

“Living in Nashville drove home that we can’t just focus on our differences,” McIlrath says. “If we can stop and talk to each other, face to face, we might realize our common ground. We are all wolves in the same pack, circling at the gates.”

WOLVES is the follow up to 2014’s The Black Market, which hit No. 1 on the Alternative, Top Rock and Hard Rock albums charts in the U.S. and topped album charts in Argentina, Brazil, Canada and Germany. Alternative Press said, “Whatever meaning you take from them [the songs]…one thing remains solid—the sheer heart with which they were forged and the very visceral emotion they contain” and Kerrang praised the album as “a magnificent wake-up call.” Rise Against is Tim McIlrath (lead vocals/rhythm guitar), Zach Blair (lead guitar), Joe Principe (bass) and Brandon Barnes (drums).

WOLVES is out on Friday June 9 through EMI Australia and can be pre-ordered HERE, with single “The Violence” out now HERE.

“It never troubles the wolf how many the sheep may be.” -Virgil

I think of WOLVES as an identity. An identity that, in the wake the current political climate, people are starting to find organically. Many of the places Rise Against plays around the world have seen gradual changes in the political climates. We have watched people slowly give intolerance, misguided fear, and eventually, hate a seat at the table.

Those of us who oppose and resist this rising tide of dangerous rhetoric are often characterized as complainers, crybabies, sore losers or ’snowflakes.’ These convenient and dismissive tags might be comforting for those who use them. But the reality is different. They may have the throne, but we are the wolves at the gate.

Our ideas have teeth. Our vision has claws. Our appetite for change is voracious. Our prey is outnumbered and we’re circling in for the kill.

So the music on this record is the soundtrack to this new hunt that we find ourselves on.  Some of us are new to these ideas, some of us have been preparing for this fight our whole lives.  Further, the issues are global, so this record isn’t just about our home and what is happening here. What is happening here in our country has either already happened in its own way in other places, or is in danger of happening elsewhere.

Like all Rise Against records, there are also songs on here that tackle not just the political, but the personal. Ideally, our songs aim to be as complex as our fans are.

So as we march unapologetically into 2017, we assume these new identities with our fan base and wear them like armor into the fight:  We are the WOLVES