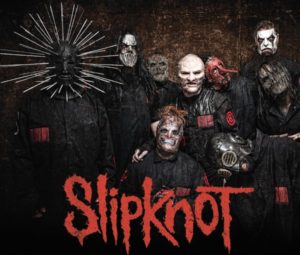 As they prepare to embark on their biggest U.S. tour to date, SLIPKNOT have announced a tour of the East Coast of Australia this October.

Telstra Thanks is bringing an exciting 48-hour pre-sale just for Telstra customers from midday Tuesday, May 17 until midday Thursday, May 19. For more information on how to purchase, visit: telstra.com/music

SLIPKNOT is decimating stages around the world in support of its Grammy nominated album, .5: The Gray Chapter. So far, it has produced five songs that have reached Billboard’s Mainstream Rock Songs Chart: ‘Killpop’, ‘The Devil In I’, ‘Custer’, ‘The Negative One’ and latest single ‘Goodbye’.

Slipknot stand out as one of history’s most impactful and culturally significant hard rock entities. Since first landing in 1999, the group has garnered eleven platinum and 38 gold record certifications worldwide with 2008’s platinum-selling All Hope Is Gone debuting at #1 in seven countries, including the US and Australia. They’ve earned a Grammy for ‘Best Metal Performance’ as well as numerous accolades from Kerrang!, Rolling Stone, Revolver, NME, Metal Hammer and more.

TICKETS ON SALE
11AM MONDAY MAY 23