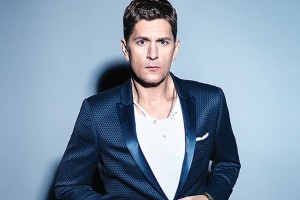 This month ROB THOMAS will make a very welcome return to Australia when he embarks on the Australian leg of The Great Unknown World Tour.

Rob Thomas has now announced a special second and final Sydney show at the State Theatre on Friday February 26.

This will be Sydney’s final chance to see Rob – the frontman, lead vocalist and key songwriter for Matchbox Twenty and major solo artist – playing his hits and classics, plus select tracks from The Great Unknown.

Tickets for this special Sydney performance will go on sale at 10am Friday, February 12.

Fan club members can be among the first to secure tickets during the exclusive pre-sale commencing 9am Monday February 8.

Telstra Thanks is bringing an exciting 48-hour pre-sale just for Telstra customers from 1pm Monday, February 8 until 1pm Wednesday, February 10. For more information on how to purchase, visit:telstra.com/music.

Multiple Grammy Award winner Rob Thomas is known worldwide as lead singer and primary composer with Matchbox Twenty, as well as for his hugely successful solo work and chart-topping collaborations. Overall, Thomas has contributed to sales of more than 80 million records.

With exception of the State Theatre, Sydney show, joining Rob Thomas on tour will be special guest Pete Murray, with Darren Middleton of Powderfinger fame appearing at the three winery shows.

***Presented by A Day On The Green
For event & ticketing information, visit www.adayonthegreen.com.au